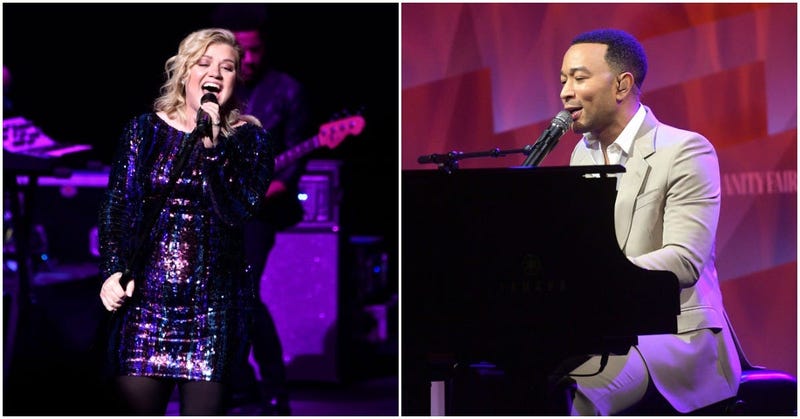 John Legend has teamed up with fellow "Voice" coach Kelly Clarkson to remake the controversial song, "Baby It's Cold Outside." In a recent wide-ranging interview, Legend said they're giving an update to include consent lyrics to the 1944 duet written by Frank Loesser, which critics in the #MeToo era have accused of promoting date rape.

Legend talked to Vanity Fair about giving the tune a modern spin. According to report, he worked with "Insecure" actress Natasha Rothwell to change the problematic lyrics and later recorded it with Clarkson.

"What will my friends think..." Clarkson sings in the new version.

"I think they should rejoice," Legend responds.

"It's your body, and your choice."

The changes to "Baby, Its Cold Outside" come almost a year after the holiday classic was being pulled off several radio stations all over the United States. Critics said its lyrics suggest the female singer in duet isn't giving consent to staying at the man's home.

The controversy snowballed last December when a Cleveland radio station said it would stop playing the popular Christmas song. Some Star 102 Cleveland listeners raised concerns about lyrics like "Say, what's in this drink?" and "Baby, don't hold out," with some arguing the words send the wrong message in the #MeToo era.

While some radio stations followed in Star 102's footsteps, others such as WAKY in Kentucky, Louisville took a stand and kept playing the tune.