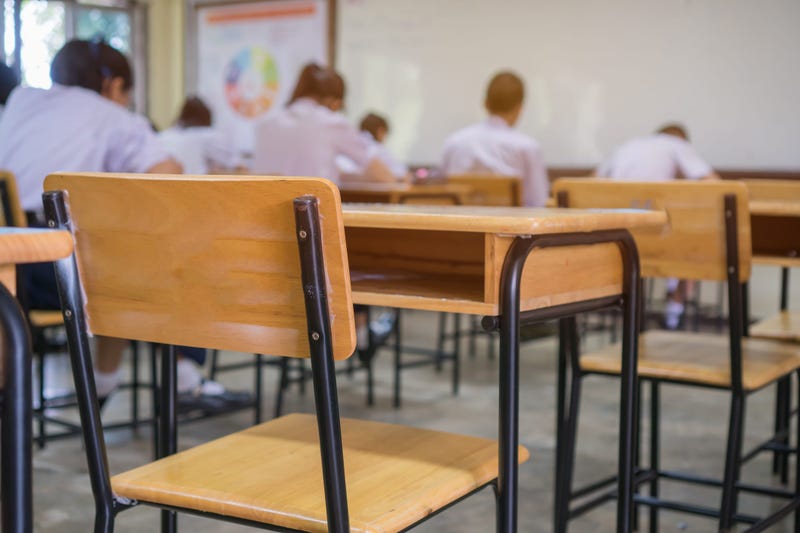 An elementary school teacher in Missouri was placed on administrative leave after asking students to set a price on slaves. The question was part of an assignment given to fifth-graders at Blades Elementary School in St. Louis last week.

One of the 12 questions read as follows:

"You own a plantation or farm and therefore need more workers. You begin to get involved in the slave trade industry and have slaves work on your farm. Your product to trade is slaves.
Set your price for a slave. _____________ These could be worth a lot.
You may trade for any items you'd like."
CBS - CBS AFFILIATE KMOV-TV

Angela Walker, the mother of a biracial child, said she was shocked to find the question among the school work in her son's folder.

Blades Elementary School principal Jeremy Booker said the assignment was completed during class time and students were asked to consider how plantation owners traded for goods and slaves.

"The assignment was culturally insensitive," he said. "The teacher has expressed significant remorse."

The National Association for the Advancement of Colored People (NAACP) has called for a formal apology from the teacher and superintendent and offered to help train school staff.

"I am working with district leadership to provide all Blades teachers and staff with professional development on cultural bias in the near future," Booker said.