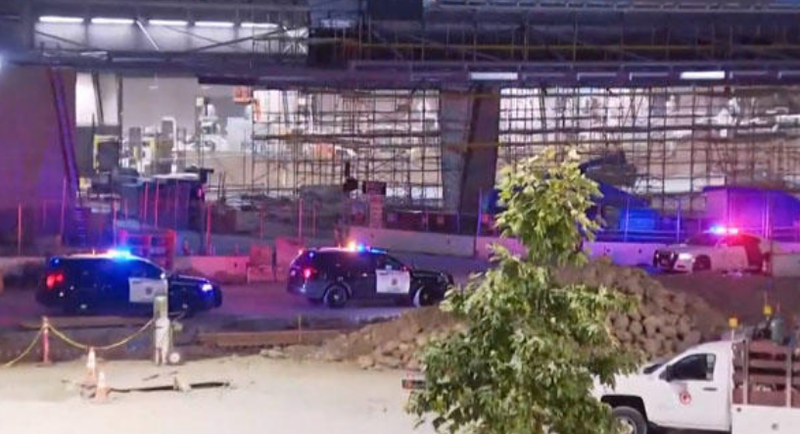 U.S. Customs and Border Patrol agents shot and killed a man who refused to stop at California's border with Mexico. San Diego police say the shooting took place Monday night in a secondary vehicle inspection area near the San Ysidro Port of Entry. Police say the suspect's vehicle was blocked and the suspect opened fire on the officers.

KNSD-TV obtained video showing gunfire erupting as cars wait in line to get into the U.S. Border Patrol agents are heard yelling, "Get down, everybody get down!" At least a dozen shots can be heard.

The officers returned fire and the suspect was hit. CBP officers and fire-rescue attempted life-saving measures, but he did not survive.

His name is being withheld until his family is notified.

None of the seven officers involved was injured.

A CPB spokesperson told CBS News, "A white pickup truck arrived at the San Ysidro port of entry, along the San Diego/Tijuana border to enter the United States. The driver failed to stop for an inspection and there was an officer involved shooting."

The spokesperson added that CBP "is cooperating with investigations by other law enforcement agencies.  Per CBP policy, the agency will also conduct an internal review of the incident."