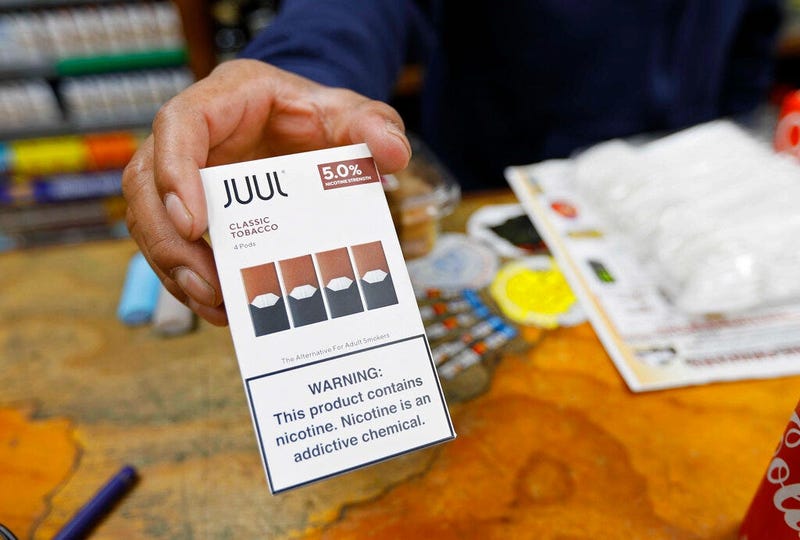 Only on "CBS This Morning," the CEO of Juul Labs, the country's top-selling e-cigarette company, is responding to the growing number of breathing-illness cases in people who vape.

The Centers for Disease Control said it's looking into nearly 200 possible cases of severe lung disease that may be tied to the use of e-cigarettes. The cases are reported in at least 22 states.

Burns added that the CDC is leading the investigation and that they're in "close contact" with Juul.

"We'd like to get all the specifics that we can…" he said. "We want to make sure we have access to the information, so if there's any issue that was driven, associated with us, that we can get to the root cause and understand that."

"Why not take a pause?" asked "CBS This Morning" co-host Tony Dokoupil. "Why not say, 'We've got nearly 200 people hospitalized with lung illnesses tied to vaping. We're the biggest seller of this stuff. Let's just take a timeout till we figure out what's going on?'"  "Well, I don't know if it's tied to vaping even associated with nicotine products," Burns said. "Most of the early reports have indicated it's related to THC."  "I don't know about most," Dokoupil said. "Most of them that have any specifics have said they're related to THC," Burns said. "We don't have the details on all those reports. If there was any indication that there was an adverse health condition related to our product, I think we'd take very swift action associated with it."  Burns added that "until we see some facts," he feels confident enough to keep his products on the market.