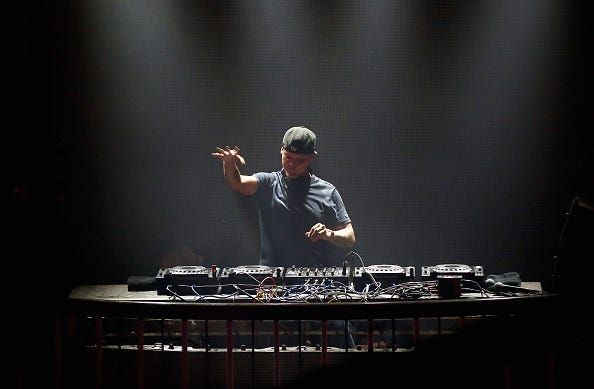 With his mega-hit "Wake Me Up," released in 2013, Avicii became a global superstar. The song went to #1 in 22 countries. But Avicii was ambivalent about his success. In a documentary filmed before his death, he talked openly about his anxiety, depression and addiction. "Everyone knows that I've been anxious and everything, and that I've been trying," he said.

"I think it's brave of him to open up that way," said Tim's father, Klas Bergling.

"CBS This Morning" co-host Anthony Mason recently spoke with Klas in his first U.S. broadcast interview. He said he wanted his son to be remembered "as a good person, as a good producer. He had a good heart."

He remembers his son as a shy boy growing up in Stockholm. He first saw his love of music at home: "He was singing the Swedish national hymn."

Mason asked, "Was he good?"

"Not particularly," Klas laughed. "But very loud. And very proud! But obviously, he was super-talented."

"You must have been proud to see that?"

Klas and his wife, Anki, saw the first signs of Tim's anxiety when he was a teenager: "When you have a child that's not feeling well, you try everything to get the situation right again. And you try to understand what's going on. So, we went to a psychiatrist. I think he was 14 or 15, yeah. And he sort of calmed Tim down."

As Tim's career took off, Klas stayed involved, running his son's business: "Yeah, I did. I kept the books. I ironed his, you know, what do you say, receipts?"

"Yeah. Because he put everything down in his pocket."

"Did you really iron them?"

As Avicii, Tim traveled the world, performing up to 250 shows a year. Klas said, "He was a very determined guy. He went all-in."

"He obviously loved it?" Mason asked,

"Yes, I think so. Of course, after a couple of years, love of the work can be also burden."

Father and son talked often by phone. "We talked a lot about deep things," Klas said.

Mason asked, "Did he talk to you about his anxiety?"

"Oh, yeah. I had experience myself as young. If you have experienced it yourself, you know that there are ways to get more balanced life."

In 2016, Avicii quit touring and instead focused on making music. "He was much healthier and he started exercising," Klas said. "And things really turned into a very, very good direction."

"The suicide came as a shock to all of us. And we thought that he was really on a better way before."

Mason asked, "You said you had difficulty with that word, at first – 'suicide'?"

"Yes. Absolutely. To pronounce it, it's also to admit that you're part of this destiny, so to say."

"How are you doing now?"

"Well, it's ups and downs," Klas replied. "It's a life before. And now it's a life after. That's the best way you can express it."

In June of this year, Tim's parents released the third Avicii album, "Tim," with music he was working on just before his death. The proceeds are going to the Tim Bergling Foundation.

Mason asked, "What's your goal with the foundation?"

"Trying to get the stigma away from talking about mental illness and suicide," Klas replied. "We hope we can be a voice through Tim. Because Tim has so many millions of fans."

And what would he say to fans who might be dealing with some of the things that Tim Bergling dealt with? "You have to talk about it," Klas Bergling replied. "And you shouldn't be afraid to ask for help."