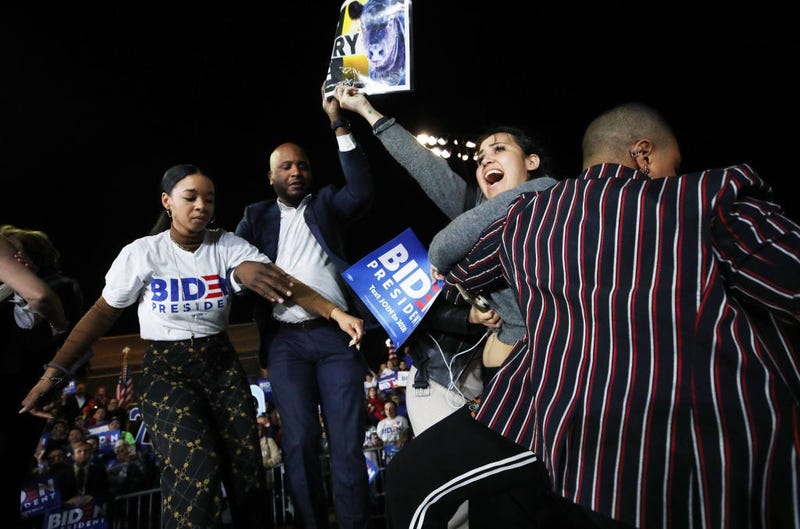 Sanders, the former vice president's campaign national press secretary, later tweeted that she had broken a nail during the altercation.

At this juncture, no primary candidates have been assigned Secret Service detail. Biden was previously under the agency's watch during his tenure as vice president and briefly after leaving office, per the Former Vice President Protection Act of 2008.

As soon as the women were removed, Biden resumed his remarks.