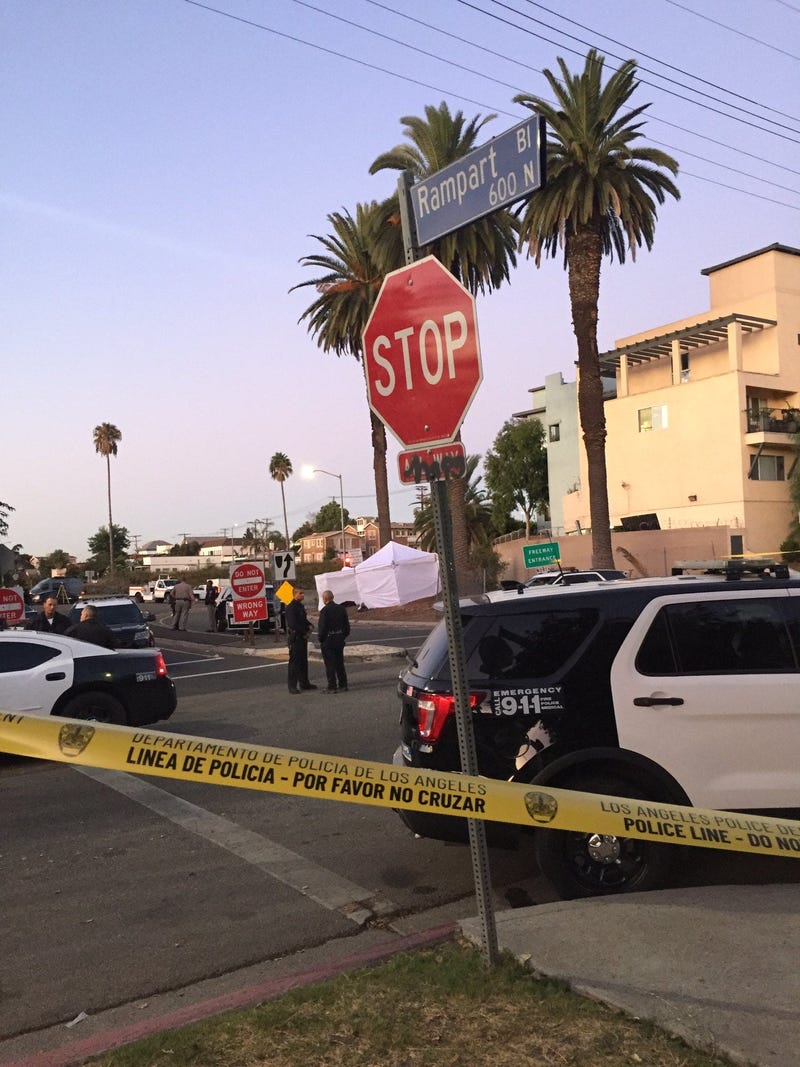 LOS ANGELES (CNS) - Three robbery suspects were killed and a fourth hospitalized in critical condition this morning when the vehicle they were in rolled over and crashed at the end of a police pursuit in Echo Park.

Rampart Blvd on and off ramps at the 101 closed. This is where a pursuit ended in a deadly wreck. Three suspects killed. A 4th reportedly hospitalized in critical condition. @KNX1070 pic.twitter.com/XYFNioW3I7

Firefighters worked to free the four suspects, all said to be between 20 and 30 years old, from the wreckage. Three of the suspects were pronounced dead at the scene and a fourth was taken to a hospital in critical condition, said Margaret Stewart of the Los Angeles Fire Department.

The suspects were wanted for robbery, but details of where the pursuit began was not immediately available, the LAPD said.

The California Highway Patrol closed the Rampart Boulevard on-and off- ramps until further notice for the death investigation.