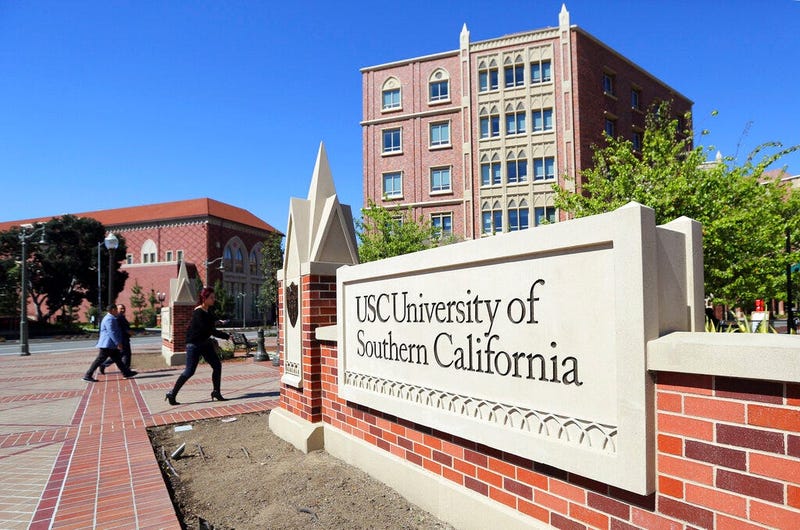 "This total and complete failure to protect students is heartbreaking and inexcusable," U.S. Secretary of Education Betsy DeVos said in a statement announcing the results of the federal Title IX probe. "Too many at USC turned a blind eye to evidence that Dr. Tyndall was preying on students for years.

"We are grateful to every survivor who came forward to share their story with our (Office of Civil Rights) investigators," she said. "Because of your bravery, we can now work with the university to ensure this never happens to another student on USC's campus."

A USC representative said university officials were preparing a statement in response to the DOE's announcement.

Tyndall is awaiting trial on charges of sexually assaulting 16 patients over a seven-year period, but some former patients have alleged wrongdoing dating back decades. Hundreds of former patients have sued Tyndall and USC, accusing the university of failing to respond to allegations of abuse, some as far back as the 1980s. Earlier this week, a federal judge in Los Angeles gave final approval to a $215 million class-action settlement with some of the plaintiffs.

Hundreds of other women are still suing the university and Tyndall in state court. Attorneys for those alleged victims have criticized the federal class-action settlement, calling it inadequate.

The lawsuits contend the university received numerous complaints of Tyndall's alleged sexually abusive behavior, dating back to at least 1988, and actively and deliberately concealed his actions. Attorneys for some former patients allege that following an internal investigation of complaints against Tyndall in 2016, the university paid Tyndall a substantial financial settlement so he would quietly resign.

USC officials have denied any cover-up.

According to the Department of Education, its investigation determined that the university was informed of possible misconduct by Tyndall toward five patients between 2000 and 2009. But the university "failed to investigate, assess whether interim measures were needed, determine whether the five patients were subjected to sex discrimination or ensure that steps were taken to prevent recurrence of the conduct and correct its effects for patients who complained and/or other patients."

The DOE also faulted the university failed to investigate complaints that Tyndall was conducting pelvic exams without gloves and engaged in "digital penetration of patients" and conducted "full-body skin checks," according to the federal agency.

Under a Resolution Agreement between the university and DOE, USC will have to make a series of changes in its procedures aimed at enforcing Title IX, the federal law protecting students from sex-based discrimination

The agreement mandates that the university:-- ensures its Title IX office has independent authority to respond to sex discrimination reports;-- ensures that the Title IX office monitors every complaint and provides the federal government with documentation of such reports;-- reach out to nine patients federal investigators identified as making complaints against Tyndall, "to offer to remedy the harm done by sex discrimination";--   change its Title IX procedures to ensure "all involved parties receive due process, require training for students, employees and trustees regarding sex discrimination and require specialized training for health center employees"; and-- conduct a review of current and former employees to determine if they took appropriate actions after receiving complaints regarding Tyndall.

"What we have found at USC is shocking and reprehensible," Assistant Education Secretary for Civil Rights Kenneth L. Marcus said. "No student should ever have to face the disgusting behavior that USC students had to deal with. I am pleased that (USC) President (Carol) Folt is now committing to major changes, and we will closely monitor the university to make sure that it complies with our agreement."