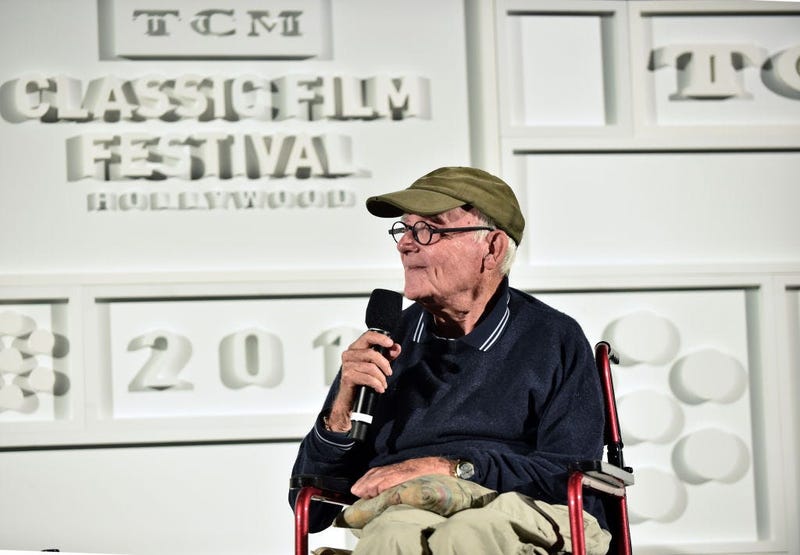 LOS ANGELES (CNS) - The Hollywood community today was mourning multi-talented screenwriter and director Buck Henry, who died of a heart attack in Los Angeles on Wednesday at the age of 89.

He was a frequent host of "Saturday Night Live" in the program's early years in the 1970s.

Henry was nominated, along with co-writer Calder Willingham, for an Oscar in 1968 for "The Graduate," losing out to Stirling Silliphant for "In the Heat of the Night." Henry and Warren Beatty received a best director Oscar nomination in 1979 for "Heaven Can Wait," losing to Michael Cimino for "The Deer Hunter."

Henry hosted "Saturday Night Live" 10 times from 1976 to 1980. He held the record for hosting the show the most times until 1989 when it was broken by Steve Martin.

Henry was known to the show's fans for his many appearances with John Belushi in the "Samurai" sketches, including being cut by Belushi's sword in a 1976 episode, forcing him to finish the show wearing a bandage.

"Buck Henry was hilarious and brilliant and made us laugh more times than we even know," filmmaker Judd Apatow wrote on Instagram. "I was lucky enough to be on a panel with him at (South by Southwest) and he was so funny. He said, "I don't like to write with people because if they aren't as funny as me I hate them and if they are funnier than me I hate them.' One of the greats."

Screenwriter Larry Karaszewski ("Dolemite Is My Name," "American Crime Story") tweeted: "R.I.P. Buck Henry - our most fearless screenwriter. Buck was also a big personality & a performer... he gave screenwriting a face. Growing up I could turn on Saturday Night LIve (which Buck hosted 10 times) and point to the funniest, smartest guy and say - that's a screenwriter."