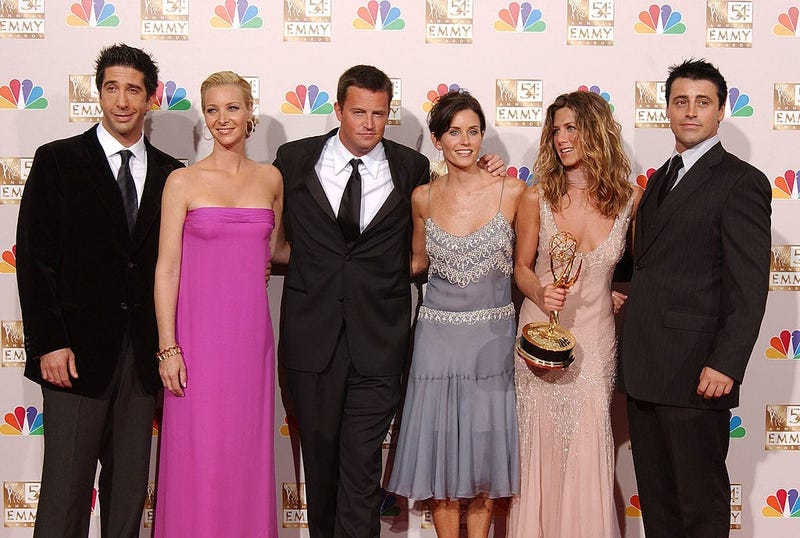 BURBANK (CNS) - It's official. Rachel and Ross are getting back together. And so are Chandler, Monica, Phoebe and Joey.

After much speculation, the soon-to-debut HBO Max streaming service announced today it will be gathering the cast of "Friends" for an unscripted reunion on the show's original Burbank soundstage, more than 15 years after the iconic sitcom's run ended.

Specific details about the reunion special haven't been released, but it will be available exclusively on the HBO Max platform, which owns the rights to the original sitcom and will offer subscribers access to all 236 episodes.

All of the original cast members -- Jennifer Aniston, Courteney Cox, Lisa Kudrow, Matt LeBlanc, Matthew Perry and David Schwimmer -- have signed on for the reunion special. Many of the cast members even posted a vintage group photo on their social media pages with the caption, "It's happening."

"I became aware of `Friends' when it was in the very early stages of development and then had the opportunity to work on the series many years later and have delighted in seeing it catch on with viewers generation after generation," said Kevin Reilly, chief content officer for HBO Max and president of TBS, TNT and truTV. "It taps into an era when friends, and audiences, gathered together in real-time and we think this reunion special will capture that spirit, uniting original and new fans."

HBO Max is expected to debut in May.