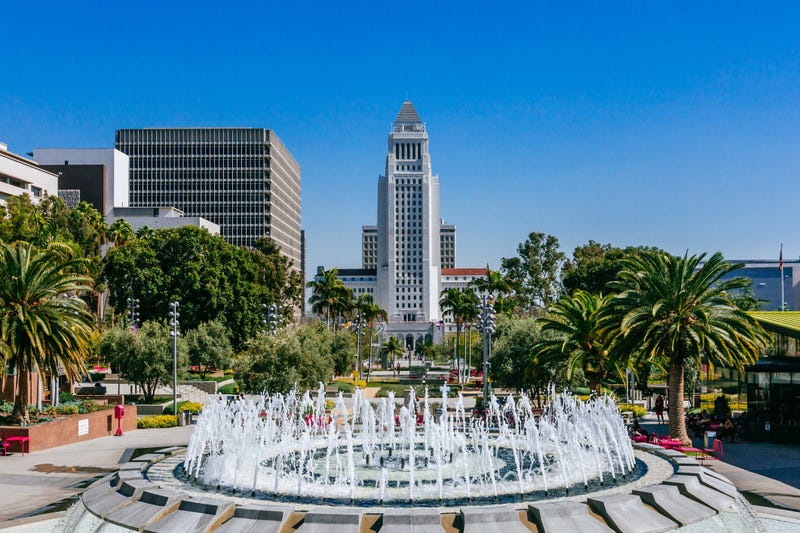 LOS ANGELES - The Los Angeles City Council will conduct an emergency meeting on Friday, and members will participate from remote locations by teleconference in an effort to avoid spreading the novel coronavirus, the office of Council President Nury Martinez announced today.

The agenda for the 11 a.m. meeting is likely to be posted Thursday morning, according to Rick Coca, director of communications for Martinez, and a schedule of future meetings is yet to be determined.

The City Council had planned to meet on Tuesday, but due to the rapidly changing conditions due to the coronavirus pandemic and per orders from the state, the mayor and public health officials, the meeting was nixed in order to give city staff time to set up the teleconference infrastructure.

Under the city and state's "Safer at Home" orders, no more than 10 people are permitted to gather in one place at the same time. The Los Angeles City Council has 15 members.

Coca said a trial run took place today at City Hall for a teleconference meeting, which he said was largely successful despite a few glitches.

People will be able to watch the Friday meeting on Channel 35, where the council sessions are always broadcast, and public comment will be taken via phone -- a number for that line will be provided Thursday, Coca said. People will still be able to submit public comments online on the city's website, [lacity.org/meet-your-government,]lacity.org/meet-your-government, under the appropriate meeting agenda items.

Motions and resolutions that are filed during City Council meetings may have to be read into the record, instead of being printed out and circulated for review in person, Coca said.

Martinez had already canceled all the council's committee meetings and the council was supposed to meet only on Tuesdays in March, with the audience watching remotely. Commissions and other board meetings were also previously canceled, although some of them have set up teleconferencing.

"The growing coronavirus pandemic is unlike anything we have seen in our lifetime," Martinez said earlier this week. "The city of Los Angeles, like much of the nation and world, is in tough and challenging times."

The council president is the only person who will be in the council chamber on Friday, Coca said.

Before the city and county's "Safer at Home" orders were announced last week, Martinez said her office was working with city staff to host City Council meetings by teleconference.

"We have a collective responsibility and obligation to the people of Los Angeles to keep our government operating while protecting the safety and welfare of its employees, the public and the media," Martinez said.

Martinez said she wanted to reschedule the meetings as soon as possible, as the council for the largest city in the Southland typically meets three times a week -- on Tuesdays, Wednesdays and Fridays -- and business it needs to address is piling up.

The cancellation of the Tuesday meeting left several items to be voted on by the council that were advanced last week in response to the coronavirus outbreak, and Martinez said that "one way or another, we must meet to resolve those items and assist the good people of Los Angeles."

Those items included trying to secure funding to staff security at restrooms at the city's parks so they could remain open 24 hours a day, as well as providing funding for people who have been laid off during the pandemic.