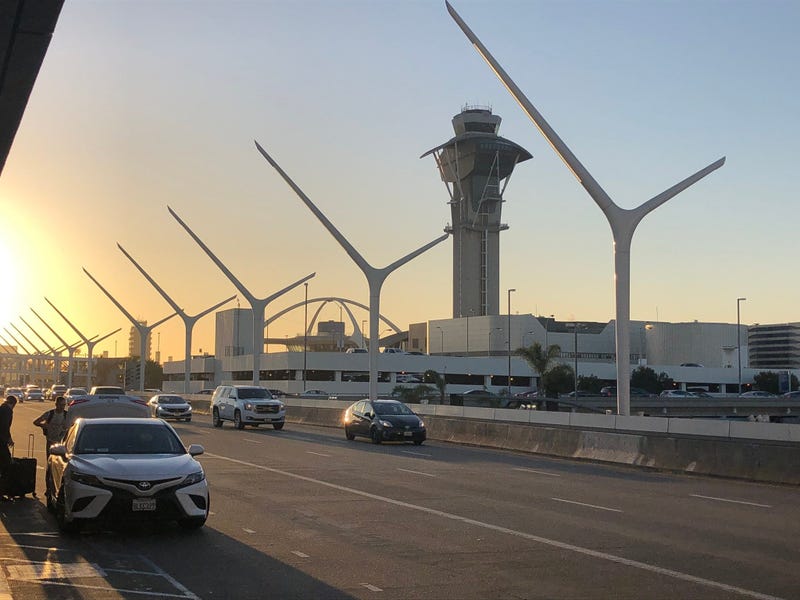 American Airlines also provided a statement at the time, saying the carrier is "confident" in the negotiations, but it ultimately has no control over the labor talks.

Airport officials said travelers heading to LAX should allow extra time Friday to reach the Central Terminal Area. The demonstration is scheduled to begin at 4 p.m.

Due to the possible closure of Century Boulevard at Vicksburg Avenue, westbound motorists may find access to Sepulveda Boulevard restricted at times and could be forced into the Central Terminal Area on World Way.

Westchester Parkway runs east to west and can be used with southbound Sepulveda to avoid the restricted portion of Century Boulevard, airport officials said.

The activity may also affect some LAX terminals, as airport officials expect a group of marchers to make its way from Terminal 2 to the Lower/Arrivals Level and east on World Way and Century Boulevard, crossing Sepulveda Boulevard, to a construction lot entrance between Vicksburg Avenue and Avion Drive for a rally.

A second group of marchers is expected to head west on Century Boulevard from Avion Drive to the rally location.

Roughly 5.9 million people are expected to pass through the airport during the Christmas and New Year's holiday travel period, which, as airport officials measure it, began last Friday and will continue through Jan. 6.

Travelers can follow the @FlyLAXAirport and @FlyLAXStats Twitter feeds for the latest update on traffic conditions in and near the airport and for other operational updates.