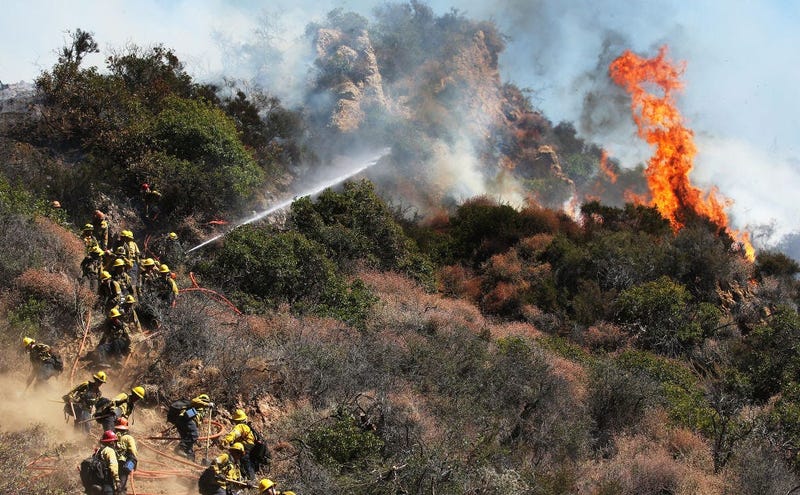 LOS ANGELES (CNS) - A veteran Los Angeles Fire Department Search and Rescue team is leaving this morning for northern California to assist firefighting crews battling wildfires raging across large portions of the region.  The team, which consists of 29 personnel and two search dogs, 10 vehicles and several trailers of equipment, was scheduled to leave Sherman Oaks for Chico shortly after 6 a.m., Asst. Chief Wade White told NBC4.  "We're going to be able to do a lot of work for the people up there in northern California," White said.  The team and canines will be looking for several people reported missing after the fire swept through different areas, White said.  He said the team has been together for many years and has been deployed to New York City after 9/11, several hurricane-ravaged areas, as well as the La Conchita landslide.