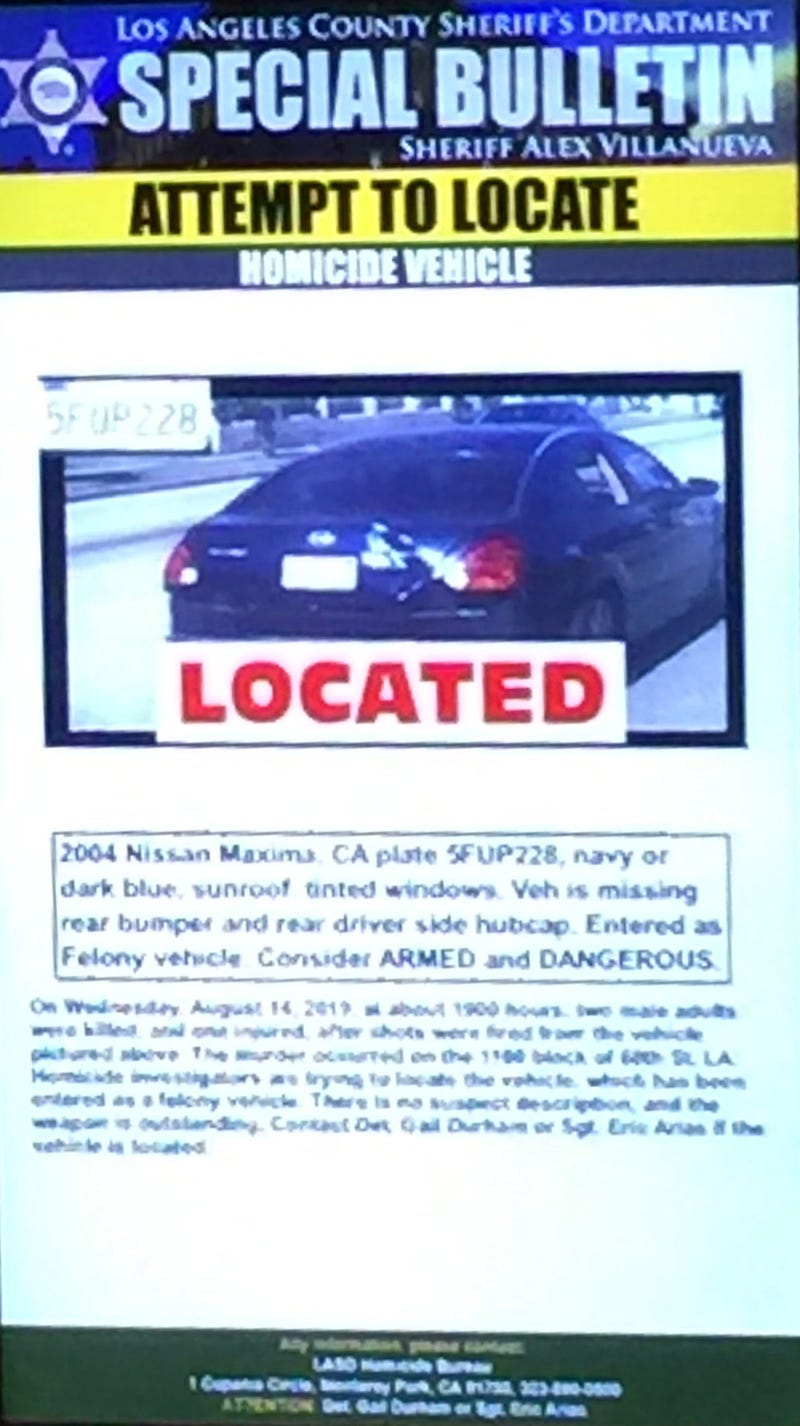 LOS ANGELES (CNS) - A Lancaster man accused of fatally shooting two longtime friends in the South Los Angeles neighborhood where they grew up and also wounding a third victim is due in court today on double murder and other charges.

The fatally wounded men had grown up together six houses apart on the street where they were shot. Flores Velasquez was a physics doctoral student at UC Irvine and had his sights set on a job at NASA. Carrera was about to become a first-time father.

They were standing near a parked SUV about 7 p.m. when a vehicle pulled up and a passenger opened fire. The suspect then shot the third man a short distance away as the car sped away.

Flores Velazquez died at the scene, and Carrera was pronounced dead at a hospital.

On Friday about 8:30 a.m., patrol deputies from Santa Clarita Sheriff's Station spotted a 2004 blue Nissan Maxima that was wanted in connection with the crime and made a traffic stop at the corner of Via Princessa and Sierra Highway in Canyon Country.

Deputies arrested Johnson, who was behind the wheel of the Maxima, and detained his 25-year-old female passenger, who was later released without being charged, according to the sheriff's department.

The firearm used in the crime has not been recovered.

Johnson, who's being held on $2 million bail, is scheduled to be arraigned at the Metropolitan Courthouse on two counts of murder and one count each of attempted murder and discharging a firearm from a motor vehicle at another person.