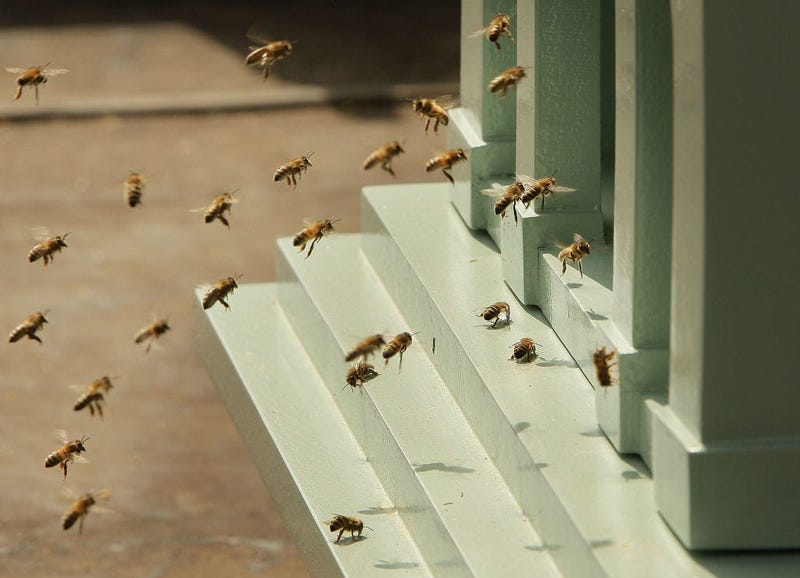 PASADENA (CNS) - A swarm of bees in Pasadena sent five people to a hospital today, including two firefighters and a police officer.

Officials received a call about a person with a bee sting, and when authorities arrived at the scene, the "whole block was covered with an influx of bees," according to Lisa Derderian, Public Information Officer for the city of Pasadena.

The first injured firefighter sustained multiple bee stings while treating a patient at the scene.

Derderian said the city has seen bee swarms before but "nothing to this magnitude." According to a broadcast report, seven people in total were injured.

A professional beekeeper was sent to the scene to safely remove the hive from the building, which is on Colorado Boulevard between South Bonnie and North Sierra Bonita avenues, according to Derderian.

City officials are asking nearby Pasadena City College students to stay inside until the bees are removed, and Colorado Boulevard near the scene remained closed as of 5 p.m.