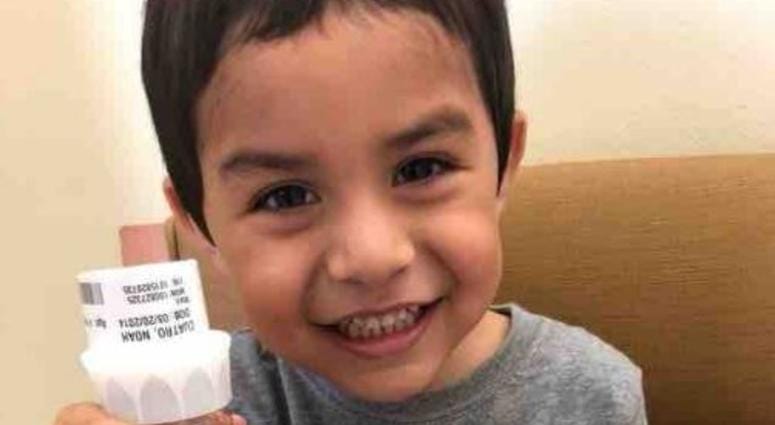 LANCASTER (CNS) - The parents of a 4-year-old Palmdale boy were charged with murder and torture in connection with their son's July death, which they initially reported as a drowning.

Jose Maria Cuatro Jr., 27, and Ursula Elaine Juarez, 25 are charged on one count each of murder and torture in the death of their son, Noah Castro. The boy's father is additionally charged with one count of assault on a child causing death, and his mother with one count of child abuse resulting in death.

If convicted as charged, both parents face a possible maximum sentence of 32 years to life in prison.

The pair reported a drowning in their family pool in the 1200 block of East Avenue S around 4 p.m. July 5, but their son's injuries later raised suspicions about how he died. Medical staff found the trauma he had suffered inconsistent with drowning.

The youngster was taken first to Palmdale Regional Medical Center and then to Children's Hospital Los Angeles, where he was pronounced dead July 6.

Sheriff Alex Villanueva announced the following week that an investigation was underway into the boy's death. Villanueva said Noah lived with his parents and three siblings, who were taken into protective custody.

The boy's death raised questions about the actions of county social workers who interacted with the family. Noah's great-grandmother, Eva Hernandez, last month filed a multimillion-dollar damages claim -- the precursor to a lawsuit -- against the county, saying the boy died despite "countless reports of abuse" that had been made to the Department of Children and Family Services.

"There were at least a dozen calls made to the child abuse hotline and police from people who said they suspected Cuatro and his siblings were being abused," according to the claim filed on behalf of Hernandez.

DCFS issued a statement last month saying, "At any given time, the Department of Children and Family Services serves more than 34,000 families and vulnerable children in Los Angeles County with an unwavering commitment to pursue child safety every day in our communities. Our 9,000 employees are committed to this mission, and we look to do everything possible to safeguard the children entrusted to our care. We cannot comment on any pending claim, litigation or lawsuit involving the department at this time."

Hernandez told the Los Angeles Times that Noah spent time in various foster homes, and she was one of the people who served as a foster parent for the boy. She told that paper that she would facilitate visits between Noah and his mother, and the boy once begged her not to make him go.

According to the damages claim filed by Hernandez, Noah was repeatedly removed from his mother's care, once after she was arrested and another time due to neglect, but each time he was returned to the home

"In February 2019, a DCFS caseworker noted that Cuatro appeared lethargic and withdrawn," according to the claim. "There were then three more referrals in March and April, including a report that Cuatro arrived at Olive View-UCLA Medical Center in Sylmar with bruises on his back."

The claim also contends that in May, a DCFS caseworker filed a 26-page petition to have Noah removed from his parents' custody. That petition was granted, "but willfully ignored by DCFS," according to the claim.

The claim also points to redacted DCFS records showing high or very high-risk assessments in the case, with one caseworker noting, "There are current concerns for the mother's mental health."

The Los Angeles County Office of Child Protection released a report earlier this month that determined DCFS officials acted "appropriately" in their handling of Noah's case.