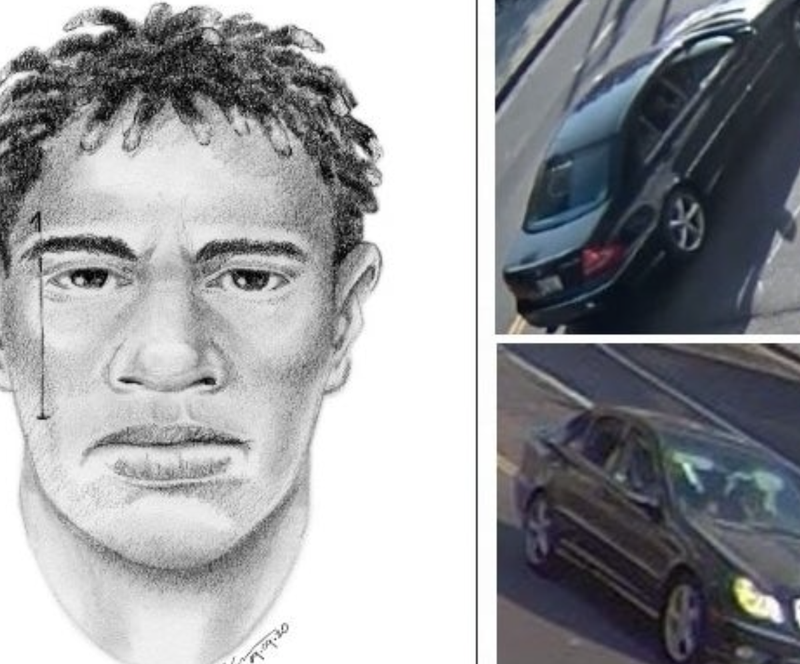 LOS ANGELES (CNS) - Police plan today to release security video and photos, along with a composite drawing, in announcing a $50,000 reward for tips that help investigators track down a motorist responsible for a Sept. 4 hit-and-run collision that severely injured a 70-year-old woman in Chinatown.

A morning news conference will be held at Blossom Plaza Quad at 900 N. Broadway, near where the pedestrian was struck, to urge witnesses to come forward. LAPD Deputy Chief Blake Chow will be joined by members of the victim's family and a representative of City Councilman Gil Cedillo's office.

"We need help from community members in identifying the driver," Cedillo said.

According to the Los Angeles Police Department, a black sedan with dealer-issued plates struck the woman around 5 p.m. as she was crossing North Broadway at College Street. Investigators said she was in the crosswalk and had the "Walk" signal when she was struck by the car, believed to be a black 2003 to 2006 Mercedes-Benz C230, that made a left turn onto Broadway from College Street.

The victim was catapulted her into the air and landed on the street, suffering a brain bleed and broken neck, clavicle and pelvis that required her to be admitted into an intensive care unit, authorities said.

The driver stopped and got out of the car, then fled the scene without rendering aid or identifying himself, according to the LAPD. He's described as being between 35 and 50 years old, about 6-foot-4 and weighing 180 pounds, with short blond braids, tattoos on his arm and the number "1" inked on the left side of his face.