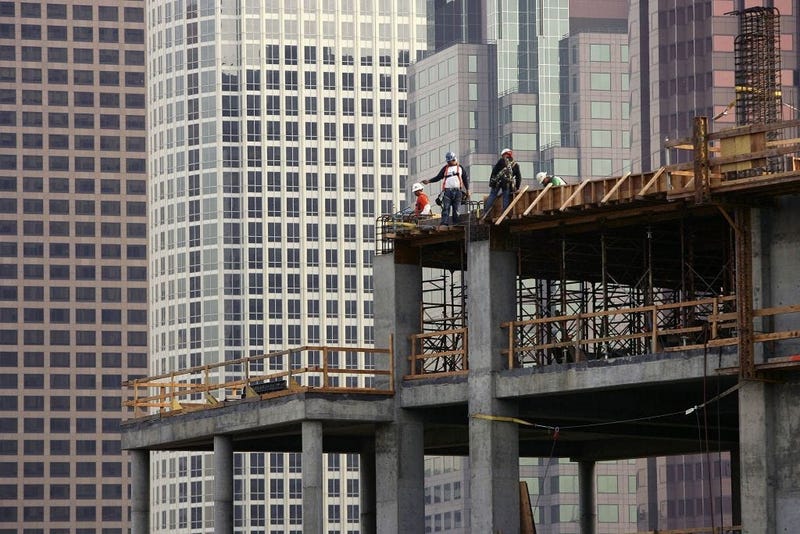 LOS ANGELES (CNS) - The Southern California Association of Governments announced today that $23 million is available to its 16 subregional partners, including the city and county of Los Angeles and the Orange County Council of Governments, to accelerate home and apartment production and help local jurisdictions meet immediate and long-term needs.  The funding accounts for just under half of the $47 million that SCAG is eligible to administer under the state's Regional Early Action Program, which is designed to help cities, counties and regions address the critical housing shortage across California.  "The housing crisis has been and remains one of the most significant challenges we face as a region and a state," said SCAG Board President and Long Beach City Councilman Rex Richardson. "Through our partnership with subregional agencies, we have the opportunity to provide communities with critical support in addressing their housing needs."  Last week, SCAG released jurisdiction-by-jurisdiction draft allocations for the sixth Cycle Regional Housing Needs Assessment, a state-mandated process to ensure that jurisdictions plan for the housing needs of all residents regardless of income.  The Subregional Partnership Program supports local planning activities throughout the six-county SCAG region that are aimed at increasing housing production.  Last year, as part of the sixth Cycle RHNA process, the state Department of Housing and Community Development set a target of 1.34 million new homes for the six-county SCAG region by the end of the decade.  The housing shortage has made California one of the most expensive markets in the United States, with an average home price nearly two times greater than the national average and average rents nearly 50% higher than the rest of the country, according to SCAG.  "Housing availability and affordability directly impact our ability to attract businesses and jobs, create healthy and prosperous communities and maintain a good quality of life," SCAG Executive Director Kome Ajise said. "All of our communities are affected and all should benefit from this program."  Ajise said eligible projects and activities for funding include preparing and implementing local housing elements, temporary staffing to assist with housing elements, zoning ordinances to accommodate additional housing and establishing regional housing trust funds.  The first date for subregions to file applications is Sept. 17 and applications are due by Dec. 1. SCAG will review all applications to determine eligibility and assess alignment with regional priorities.  Funds that are not applied for by subregions by the final deadline will be used by SCAG for other REAP programs, and all projects must conclude by June 30, 2023.  The subregional agencies and joint powers authorities eligible to apply are:  -- Coachella Valley Association of Governments;  -- Gateway Cities Council of Governments;  -- Imperial County Transportation Commission;  -- Las Virgenes-Malibu Council of Governments;  -- The city of Los Angeles;  -- The county of Los Angeles (unincorporated);  -- The county of Riverside (unincorporated);  -- North Los Angeles County;  -- Orange County Council of Governments;  -- San Bernardino County Council of Governments;  -- San Fernando Valley Council of Governments;  -- San Gabriel Valley Council of Governments;  -- South Bay Cities Council of Governments;  -- Ventura County Council of Governments;  -- Westside Cities Council of Governments; and  -- Western Riverside Council of Governments.