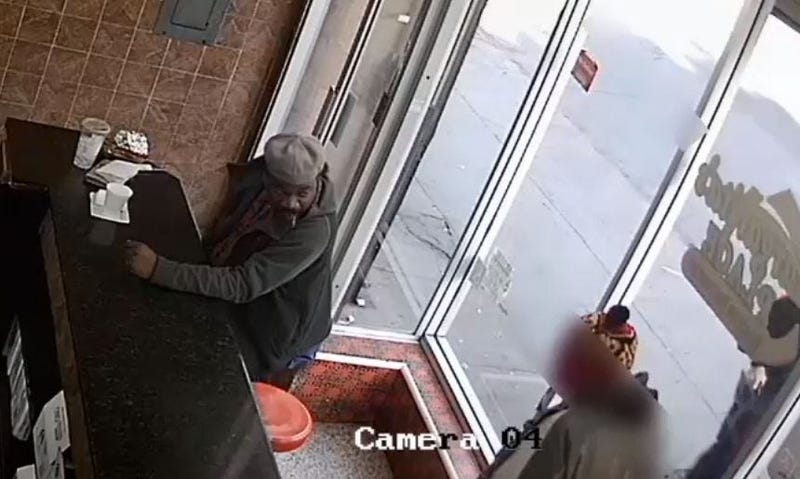 LOS ANGELES (CNS) - A man suspected of stabbing to death a fellow diner at a downtown Los Angeles Mexican restaurant on New Year's Day was sought by police this morning and authorities released video surveillance showing an encounter between the suspect and the victim just seconds before the attack.

Police said the suspect is believed to be a homeless man, possibly in his 40s.

Restaurant owner Bernardo Vergara told reporters the suspect has been in the eatery before but had never caused any trouble. He told KCAL9 the suspect got into an argument with the victim, and Vergara tried to break it up to no avail.

The argument ended with the suspect pulling out a knife and stabbing the victim, who died at a hospital.

Vergara told KCAL9 he has owned the restaurant for 40 years, and there has been a noticeable uptick in homelessness in the area in recent months.

Police said both men were sitting at the restaurant counter when the argument erupted for unknown reasons. The men are not believed to have known each other, authorities said.

Relatives identified the victim as Homer Garcia, 56, and described him as an avid musician.