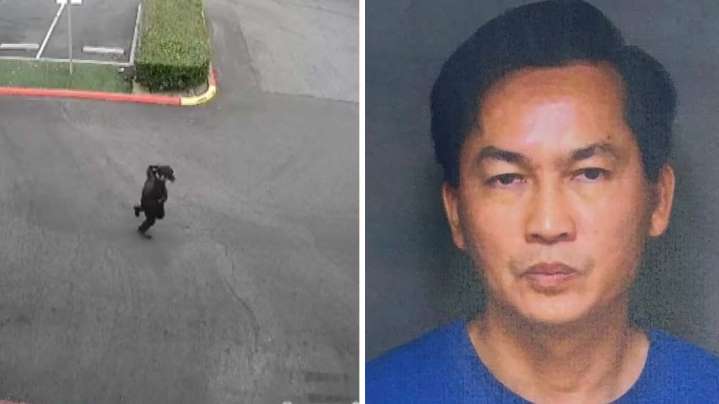 FULLERTON (CNS) - A co-worker of a retired Cal State Fullerton administrator who was fatally stabbed in a campus parking lot was charged today with murder.

Police identified Vo as a co-worker of Chan -- a retired administrator who had returned to CSUF to work as a consultant -- but declined to elaborate on their working relationship. Police also did not disclose any potential motive for the attack.

The murder charge against Vo includes a special circumstance allegation of lying in wait, opening him to a potential death sentence. The charge also includes an allegation of personal use of a deadly weapon, according to court records.

Vo was being held without bail, according to jail records. He made a brief court appearance Friday, but his arraignment was postponed until Oct. 4.

Detectives believe Vo specifically targeted Chan, Fullerton police Lt. Jon Radus said. The victim was found with multiple stab wounds inside his silver Infiniti sedan parked in a lot outside an administrative building in the 600 block of Langsdorf Drive.

Investigators found a backpack, believed to have been left by the suspect, underneath the victim's car. An incendiary device and knife -- not the one used in the killing -- were found inside the satchel, along with tools that could be used in a kidnapping plot such as zip ties, wigs and other disguises, police said.

A witness called 911 and said the suspect was seen running north on Langsdorf and then east on Nutwood Avenue, Radus said. On Tuesday morning, police released a composite sketch and a description of the black, four-door sedan in which the suspect made his getaway.

Radus initially described the victim as a retired faculty member who had returned to the campus, working in international student admissions. CSUF officials later called him "a retired administrator working as a consultant on campus."

CSUF President Fram Virjee said he did not personally know Chan or work directly with him, but had talked with those close to him and "it is clear that he was beloved for his commitment to and passion for both Cal State Fullerton and our Titan Family."

Virjee requested thoughts and prayers for Chan and his family.

"Life is so precious and family and friendships so dear," Virjee said. "In the coming days, weeks, and months, we will all honor and remember Steven in our own way."