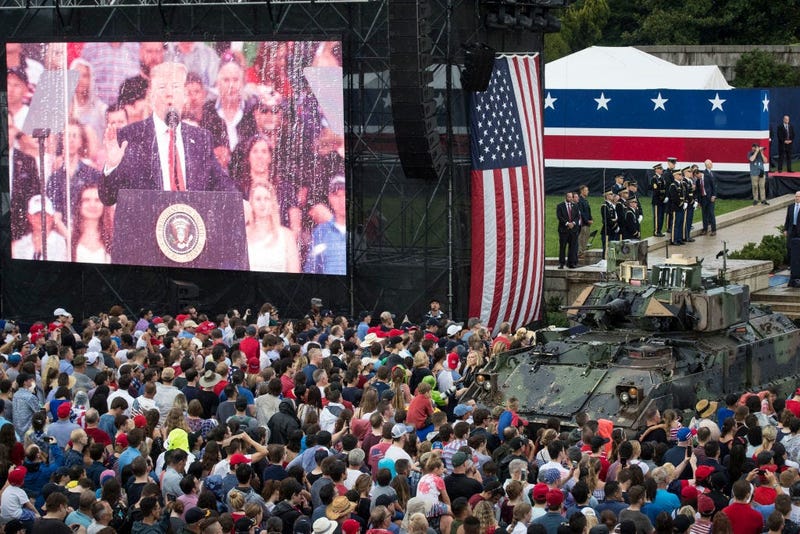 Washington, D.C. Mayor Muriel Bowser sent a letter to President Trump requesting more funds for the district's Emergency Planning and Security Fund since major events like the president's 4th of July "Salute to America" parade and President George H.W. Bush's funeral have depleted the fund. Bowser asked to be fully reimbursed for the $1.7 million the fund provided for 4th of July events.

Bowser wrote in her letter that the EPSF will be fully depleted by the end of 2019, with a deficit of $6 million.

"These overages can be attributed to declining reserves, increased demand for heightened security, and a one-time drawdown of $7.3 million to cover security costs associated with the 2017 Presidential Inauguration," Bowser said. She noted that Congress only provides the EPSF an annual budget of $13 million, when annual expenditures are closer to $16.5 million.

"Considering this accruing deficit, our projections indicate that the EPSF will be depleted following your additional July 4th holiday activities and subsequent first amendment demonstrations," Bowser wrote. "It is critical that the EPSF is fully reimbursed for these funds to ensure the District can uphold proper security and support during the remainder of the fiscal year without incurring a deficit for federal activities."

Bowser was a vocal opponent of Mr. Trump's Salute to America celebration, decrying the cost and the potential effect on infrastructure.

"I don't think we get anything out of it," Boswer told NPR in an interview last week. Boswer continued that "as just an American who loves celebrating the Fourth of July as a non-political event," she has "some concerns about a president not celebrating the military but glorifying military might. That scares me the most."

The celebration also cost the Department of Defense $1.2 million, the Pentagon told CBS News on Tuesday.

That figure does not represent the full cost of the event to taxpayers, but it does include the cost of flying hours and transportation for tanks and fighting vehicle platforms. Funding for the demonstrations, a Pentagon spokesman says, came from the services' training budgets for flying hours, and additional funds were used for the transportation of equipment.

The Interior Department also reportedly diverted $2.5 million in funds meant for national parks for the event.