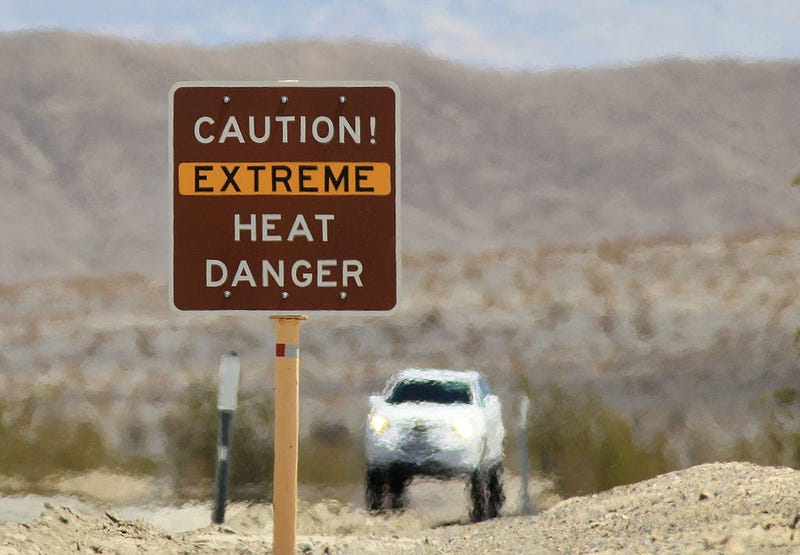 Per the climate data in xmACIS2, this is the first time since 1913 that Death Valley has reached 130F. In July 2013, it last reached 129F. If valid, it would be the hottest August temperature at the site by 3F. @NWSVegas pic.twitter.com/gZNBW4NXI4

A heatwave has been blistering California and is expected to get even hotter through Tuesday and stay in the area for the next ten days.

The extreme heatwave has only helped to make the fire season in the state that much more challenging and triggering rolling blackouts across the state as well.

The Lake Fire has now burned more than 18,000 acres and has remained at 12% contained for several days.

More than 1,700 firefighters are battling the blaze, which has destroyed 21 structures, according to CalFire.

California’s utilities on Saturday night were back up after a brief outage, according to the authority that operates the power grid.

Los Angeles city and county opened cooling centers on August 14,  to give residents a place to escape the heatwave.

The city's Department of Recreation and Parks and the county's Emergency Operations Center said cooling centers will be activated at specified facilities to help residents as temperatures reach above 90 degrees.