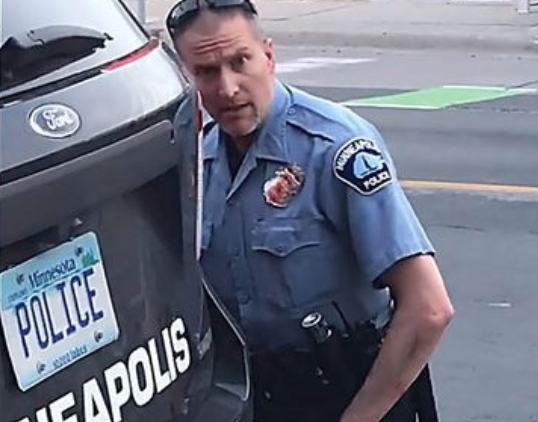 Minnesota officer charged with third-degree murder and manslaughter in the death of George Floyd.

Officer Derek Chauvin, who was seen in the now-infamous video kneeling on the neck of George Floyd, had at least 12 conduct complaints against him.

During his 19 year career, Chauvin was involved in multiple shootings. In 2006, alleged suspect Wayne Reyes was shot several times, by five officers (including Chauvin) after Reyes got out of his truck armed with a shotgun. Reyes was killed after "several officers fired multiple shots," according to the records.

In the same year, Chuavin and seven others were named in a federal lawsuit filed by an inmate at the Minnesota Correctional Facility at Lino Lakes. The case was dismissed in 2007.

In 2008, Chauvin and his partner responded to a domestic disturbance where Ira Latrell Toles was shot and wounded.  Toles reportedly reached for Chauvin's gun, and Chauvin responded by shooting Toles in the abdomen and injuring him. Chauvin along with the other officers were placed on paid leave during the investigation.

Floyd was unarmed as Chauvin kneeled on his neck. The video captures Floyd begging for help and was heard telling officers multiple times, "Please, please, please. I can't breathe."

Witnesses to the incident pleaded for Chauvin to remove his knee from Floyd's neck just before Floyd went silent. Chauvin held the pressure for eight minutes until paramedics arrived and took Floyd to the hospital where he was later pronounced dead.