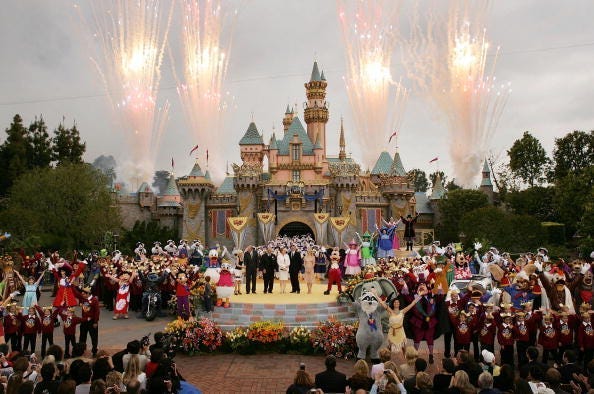 Disneyland has delayed its reopening in July, according to a tweet from the Disney Park News account Wednesday afternoon.

"The state of California has now indicated that it will not issue theme park reopening guidelines until sometime after July 4,” the company said a tweet adding it has no choice but to delay the reopening of the theme parks and resort hotels.

The tweet also reported that Disney would need to negotiate agreements with its unions to return employees to work.

In early June, Disneyland Park announced its plans to reopen its doors to the public July 17.

Earlier today, the Disneyland union announced it would stage a protest this Saturday in Anaheim in response to the health and safety of workers due to the park's reopening.

The initial reopening news came as bad news for some people who have begun an online petition in June on Change.Org because they say it is too soon to reopen during COVID-19, according to a story in the Orange County Register Thursday.

The petition states that Disneyland should be scheduled to reopen at a later date.

The online petition reads: "As you know, Covid-19 cases are rising and have not dropped. Many people have lost loved ones due to this pandemic and by reopening the parks they are endangering cast members and guests to be exposed to Covid-19. There are more cases now than when the parks closed on March 13th, 2020. Health Officials have stated that the 2nd wave of Covid-19 will be worse. So reopening before the 2nd wave even hits us is irresponsible and greedy."

The petition had gained more than 15,000 signatures as of early June.