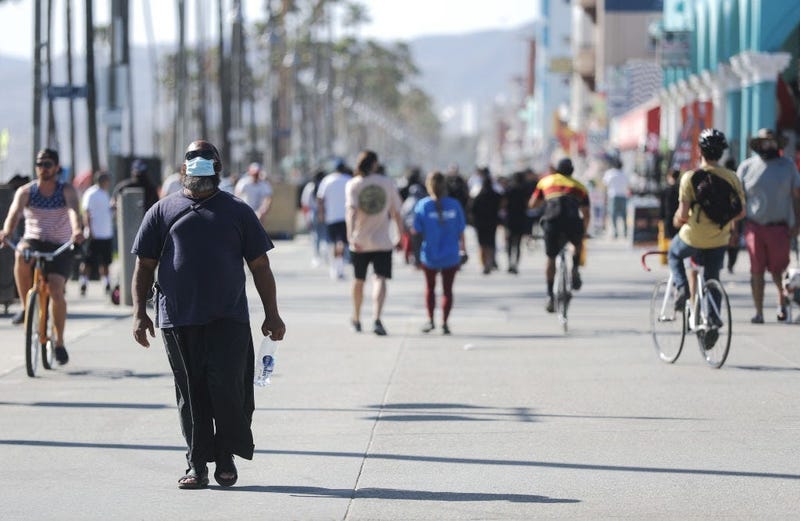 What started out as an argument over masks in Manhattan Beach, California on Friday turned into a violent brawl when coffee was thrown into a man's face.

The fight was captured on video when one of the men, who wasn't wearing a mask, turned on his bodycam.

James Hernandez tells FOX 32, he started using the body camera because he wears a MAGA hat and it causes a lot of confrontations.

“Y’all need to be wearing masks,” the woman can be heard saying on the video

“No we don’t,” Hernandez replies. “We’re locals here but were on the other side of the fence, we don’t believe in this stuff.”

“I hadn’t even gotten to start eating the burrito yet before someone wanted to give me a mask lecture,” Roy said.

Then the interaction turned violent, as the woman put her middle finger in Roy's face, and then threw her coffee at him.

The couple called police to report the incident, but when police arrived, no arrests were made. The men opted not to press charges.

The bloodied man called the police and reported he’d been assaulted.

“Nobody really believes in the masks, but everybody is scared of Ken and Karen and I’m not, I don’t care anymore,” Roy said.