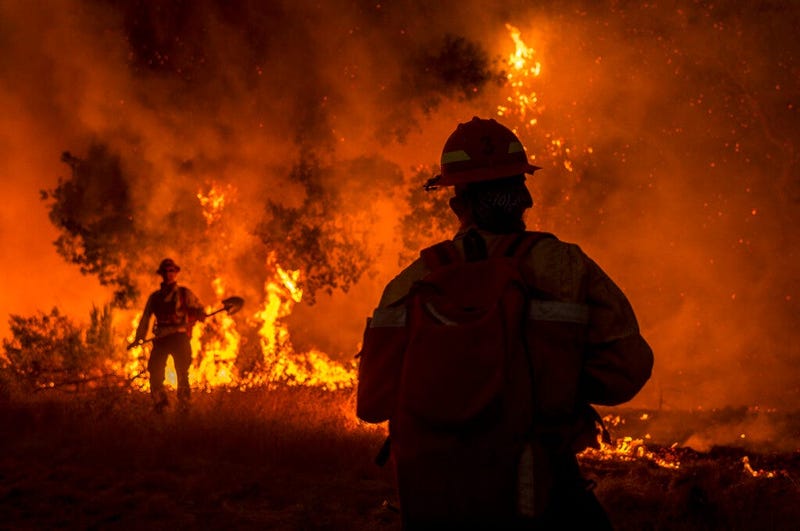 Near Salinas in Monterey County and around Oroville Dam north of Sacramento, near Silicon Valley, in remote Mendocino County and near the Nevada state line north of Lake Tahoe fires are burning.

The cluster of wine country fires threatens an area that only last year grappled with another massive blaze that forced 200,000 to flee — a task made more complicated this year because of the pandemic.

Tuesday afternoon, the fire was moving toward an area called Atlas Peak that burned in 2017 in a blaze that killed six people and destroyed nearly 800 buildings.

Robin Sisemore hosed down vegetation in front of her mother’s adjacent house. Both homes were new, replacing ones that burned just three years ago.

To the south, evacuations were ordered for all of Boulder Creek to the west of Silicon Valley, a community of 5,000 high in the Santa Cruz mountains where windy, long, forested roads, some paved, some dirt, can easily become blocked during storms or fires.

4,570 structures are threatened, according to the LA County Department of Fire.