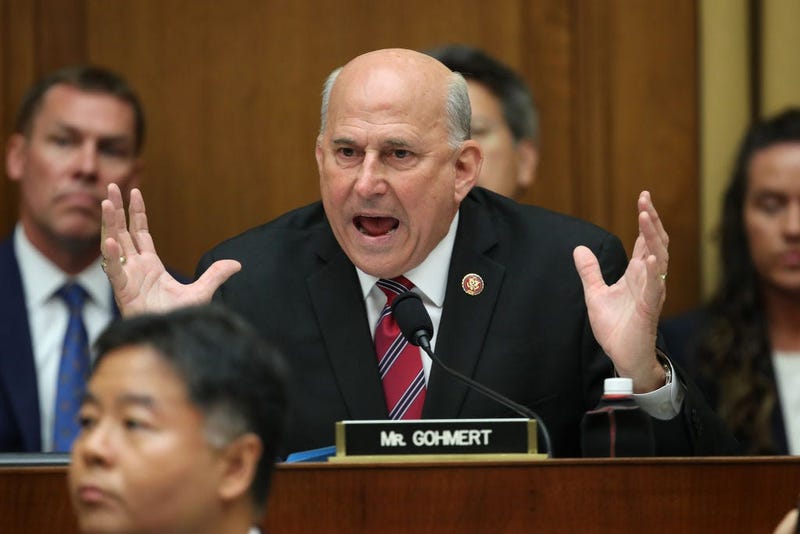 Louie Gohmert, the Republican Congressman from Texas, has tested positive for coronavirus, CBS News has confirmed.

Gohmert, 66,  has declined to wear a face covering, even while inside the U.S. Capitol.

Several administration sources confirmed to CBS that Gohmert was scheduled to fly aboard Air Force One with President Donald Trump on Wednesday, but once he received the COVID-19 positive test result, the trip was canceled.

"I don't know where it came from, but apparently I have it," Gohmert said. He added that he would quarantine at home for ten days.

The diagnosis comes one day after Gohmert attended a House Judiciary Committee hearing with Attorney General William Barr and other top lawmakers.

In an interview with KETK, the Rep. said he did not have any symptoms of the virus.

In June, Gohmert told CNN  that he was not wearing a mask because he was frequently tested for the virus, but if he ever did contract coronavirus, "you'll never see me without a mask."

Now, the Rep. says he's been wearing a mask more in recent days.

"It's really ironic, because a lot of people have made a big deal of my not wearing a mask a whole lot, but in the last week or two I have worn a mask more," Gohmert said. He said in a post on Twitter that keeping a mask on "might have put some germs and some of the virus on the mask and breathed it in."

My statement about today's diagnosis: pic.twitter.com/qvf7zIcgdN

"Too many Republicans have continued to act extraordinarily irresponsibly, including Louie Gohmert," he said.