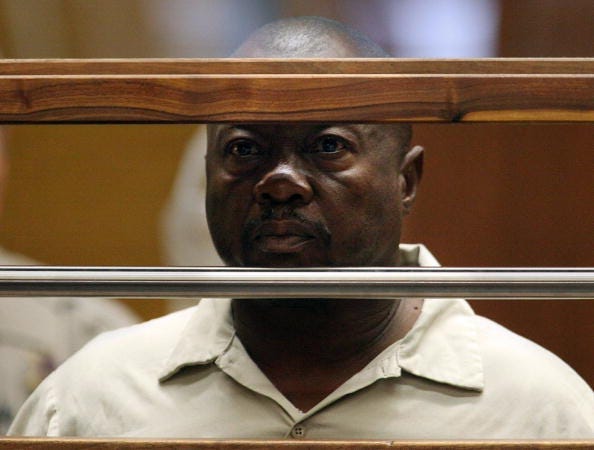 Franklin, 67, was responsible for preying on Los Angeles women for over 20 years, the Los Angeles Times reports.

"Franklin was found unresponsive in his single cell on March 28 at about 7:20 pm. Medical assistance was rendered and an ambulance was summoned. Franklin was pronounced deceased at 7:43 pm. His cause of death is pending the results of an autopsy; however, there were no signs of trauma," prison officials said in a statement.

In 2016, Franklin was convicted of killing nine women and a teenage girl between the years of 1958 and 2007. He was later connected to sevaral additional murders. Detectives believe he could have killed at least 25 women.

Ballistic and genetic evidence at the crime scenes determined a single killer involved in the slayings, but DNA testing proved difficult. It wasn't until 2010 that they were able to match the DNA on the scenes to Franklin.