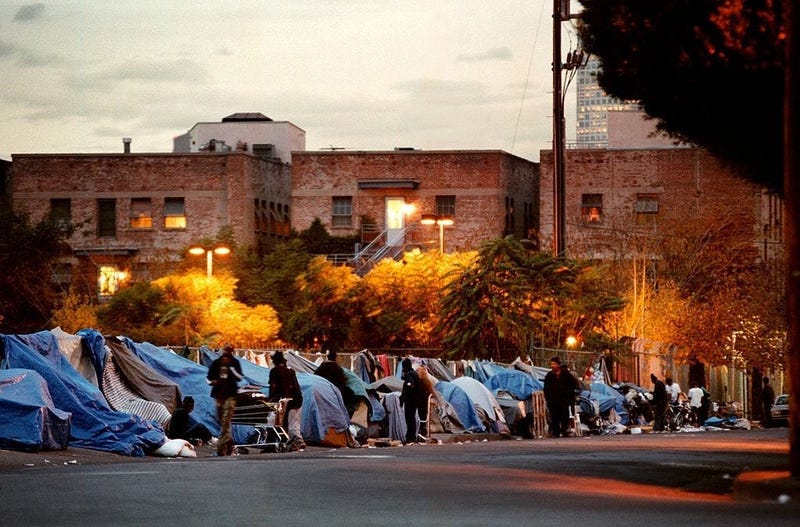 The COVID-19 pandemic hit while 28-year-old Caleb Harris was serving in the U.S. Forces, working at a job at a furniture store, and going to college. But when his classes moved to online-only, he lost his GI Bill for school, and then he and his wife learned they were pregnant.

Money became a serious issue and the young couple became homeless and were forced to begin living out of their car.

Although they applied for Section 8 housing and several VA programs, and Harris sent his wife to live with family in San Francisco, time was running out, and their due date was fast approaching.

Then the worst thing happened -- Harris' wife went into labor halfway through her eighth month. Her water broke, the placenta was out -- all while the couple was living in their car in a Sun Valley homeless encampment.

Before they knew what happened their baby was coming. Harris was on the phone with 911 while holding his infant child's head in his hands, "a little arm reached out, and this tiny hand hung on to mine and before I knew it, he pulled himself out.”

The number of families in need risen in Los Angeles has by 39% since the start of COVID-19.

Knowing that the Harris' would need longterm help, according to reporting by FOX 11 Los Angeles, councilperson Nury Martinez contacted the Los Angeles Homeless Services Authority (LAHSA), who then reached out to Veterans Affairs and one of their San Fernando Valley providers.

Using project Roomkey, a collaborative effort by the state, county, and LAHSA that secures hotel and motel rooms for vulnerable people experiencing homelessness to prevent the spread of COVID-19, the couple was fortunate enough to have a motel room arranged for them by the time they were discharged from the hospital.

“Sometimes, people get caught in the fringes of the program, applications don’t go through, or they get tired of the program," LAHSA officials told FOX 11.

COVID-19 restrictions continue, if you want to find out more about programs to help, go to LAHSA.org