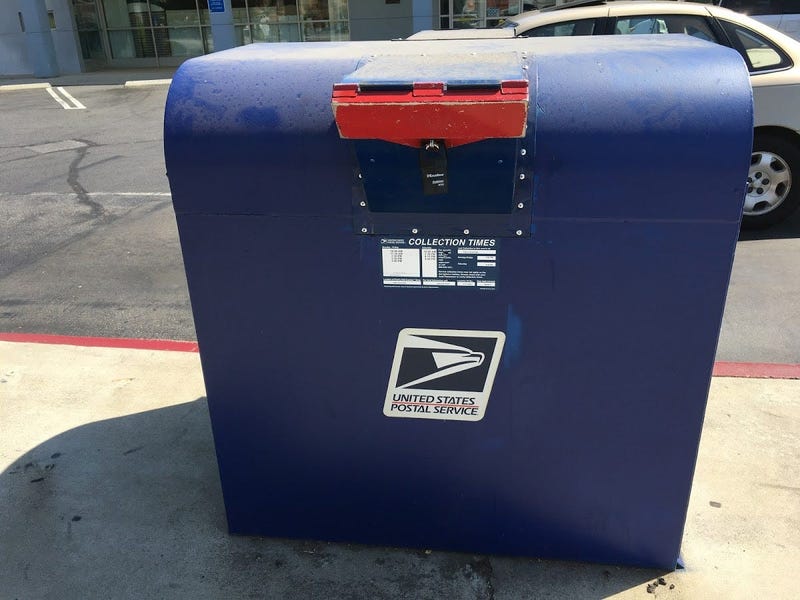 A few social media posts have been circulating that appear to show mailboxes around California appearing to be locked, feeding fears that the United States Postal Service (USPS) is being undermined ahead of the presidential election.

One photo on Facebook that's been widely shared, shows a set of postboxes in Burbank that look as if they've been locked.

This picture was taken outside the USPS office on the 2140 block of North Hollywood Way.

Sunday, the Democratic-run House demanded that leaders of the U.S. Postal Service testify at an emergency oversight hearing Aug. 24 on mail delays as concerns grow that the Trump White House is trying to undermine the agency during the coronavirus pandemic while states expand mail-in voting options for the November presidential election.

The House Oversight and Reform Committee said it wants to hear from new Postmaster General Louis DeJoy and from the chair of the Postal Service board of governors, Robert Duncan.

The U.S. Postal Service has warned 46 states and the District of Columbia it cannot guarantee all ballots cast by mail for the November election will arrive in time to be counted, The Washington Post reported Friday.

Voters in several states also complained that some curbside mail collection boxes were being removed.