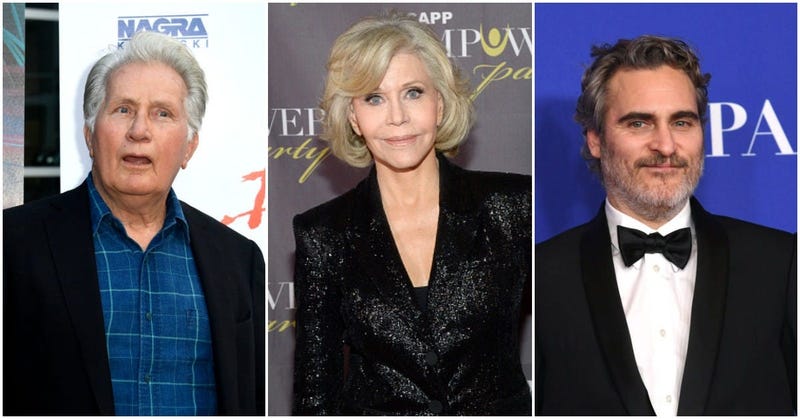 Actors Joaquin Phoenix and Martin Sheen were detained Friday in Washington D.C., along with several others at a protest organized by Jane Fonda.

Fonda's been a regular protester in conjunction with the Fire Drill Fridays (FDF) group in the Nation's capital, speaking out on climate change and demands for a Green New Deal.

#VIDEO | Joaquin Phoenix’s full speech at The Fire Drill Friday Protest about the beef and dairy industries and how they have an impact on climate change pic.twitter.com/kw0yyeVSkT

Friday's protest was to urge people to consider going vegan to help the environment. Those gathered are also demanding the end of new fossil fuel exploration and tax subsidies to oil companies.

Listen to this incredible speech from OUR President, Martin Sheen #FireDrillFriday -- pic.twitter.com/Z7HxNkovR8

This is a possibility that is actually happening, we need to get out of our comfort zones now! - @sally_field #firedrillfriday pic.twitter.com/1qNEfRfn12

Had Fonda been arrested Friday, her team says the jail time would have been significant and she is needed for the cause. The next FDF protest will take place in California