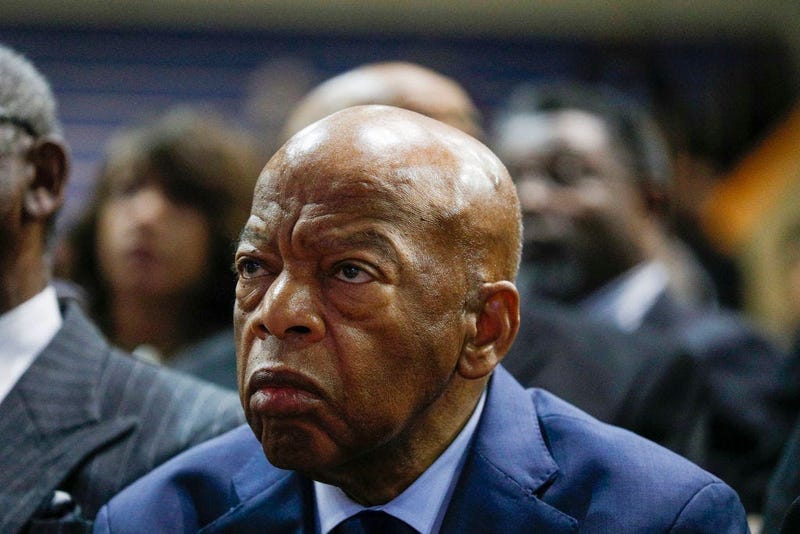 An op-ed written by Congressman and Civil Rights icon John Lewis shortly before his death was released on Thursday,

His message to Americans, published by the The New York Times, focuses on facing racial injustice and the protests sparked by the death of George Floyd in late May.

"Though I may not be here with you, I urge you to answer the highest calling of your heart and stand up for what you truly believe," Lewis wrote in his op-ed. "In my life I have done all I can to demonstrate that the way of peace, the way of love and nonviolence is the more excellent way. Now it is your turn to let freedom ring."

In the last days of his life, Lewis wrote that he was "inspired" by the protests against racial injustice and police brutality that were sparked by Floyd's death at the hands of a Minneapolis police officer, and said that movement is what drove him to visit Black Lives Matter Plaza in downtown Washington, D.C., even though he was admitted to the hospital the day after his visit on June 7.

"Emmett Till was my George Floyd. He was my Rayshard Brooks, Sandra Bland and Breonna Taylor," Lewis wrote, noting that "[Till] was 14 when he was killed, and I was only 15 years old at the time."

Lewis reflected on the lessons he learned from Martin Luther King Jr. and encouraged young Americans to exercise their right to vote, writing "the vote is the most powerful nonviolent change agent you have in a democratic society."

"When historians pick up their pens to write the story of the 21st century, let them say that it was your generation who laid down the heavy burdens of hate at last and that peace finally triumphed over violence, aggression and war," Lewis wrote. "So I say to you, walk with the wind, brothers and sisters, and let the spirit of peace and the power of everlasting love be your guide."