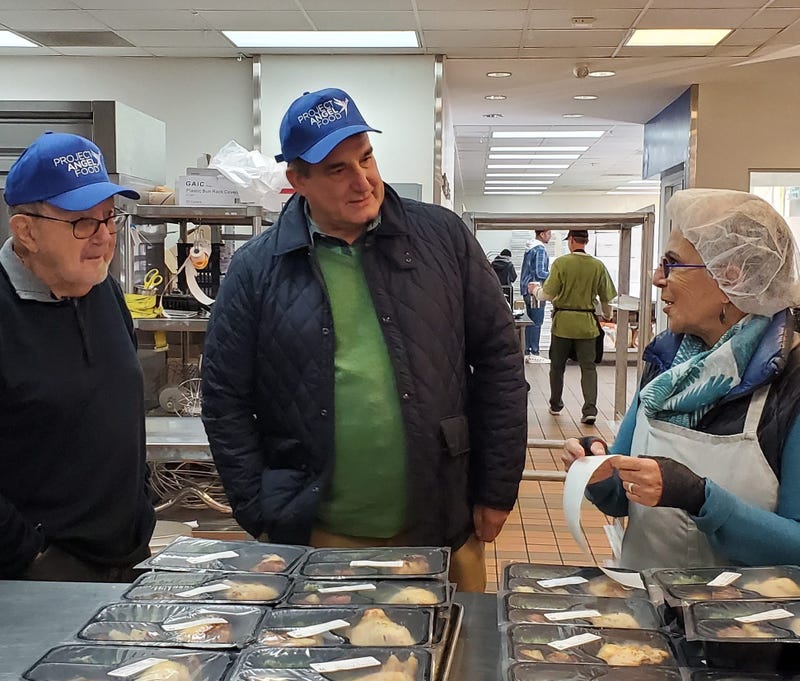 For more than three decades, Project Angel Food has provided meals to thousands of SoCal residents who have strict dietary needs.

The program is now run by our KNX Hero of the Week, who's been determined to keep the deliveries going, despite COVID-19.

Project Angel Food is different than normal food services. Each client has a dietary need or restriction, so each meal has to be specifically catered.

Anne-Marie Williams has worked with Richard over the past few years, and she tells me that Richard exudes compassion, and people around him are easily motivated.

"He talks to people. He makes eye contact. He listens, and he truly cares," says Anne-Marie.

This weekend, Project Angel Food is hosting a crucial fundraiser. It's the only fundraiser for the entire year, because the pandemic has forced every other one to be canceled.

Richard says no matter what, his fight to feed those in critical need will carry on. "My goal has always been to feed more people. And, the fact that we got to feed four-hundred more people in the month of May, during a very scary time, makes me very, very proud! I am proud of all of the heroes at Project Angel Food!"

Richard Ayoub is the biggest hero of them all, and that's why he is our KNX Hero of the Week!

KNX Heroes is presented by California Resources Corporation, saluting our military veterans, and all of our heroes!

To find out more about Richard and Project Angel Food, go to https://www.angelfood.org/

You can also nominate a KNX Hero of the Week at https://knx1070.radio.com/nominate