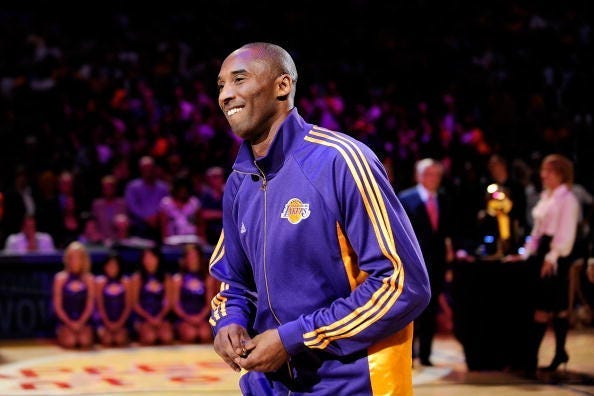 The Television Academy has named the late NBA superstar, Kobe Bryant the recipient of the 72nd Los Angeles Area Emmy Governors Award in honor of his legacy of philanthropy, community building, and inspiration that extended beyond the basketball court.

Announced Wednesday, the award is presented to an individual, company, or organization that has made an outstanding, innovative, and visionary achievement in the arts, sciences, or management of television as well as a substantial contribution to the greater Los Angeles area.

Bryant was nominated for the posthumous honor by Spectrum SportsNet.

The All-star and Championship player was an ambassador for women's basketball, a mentor and youth advocate, and raised awareness of homelessness in Los Angeles.The Los Angeles Area Governors Award will be presented during the 72nd Los Angeles Area Emmy Awards streaming Saturday evening, July 18, 2020, at 7 p.m. (PDT) on Emmys.com.

The 41-year-old Bryant, his 13-year-old daughter, Gianna, and seven others were killed Jan. 26 when their helicopter crashed into a hillside in foggy weather in Calabasas.