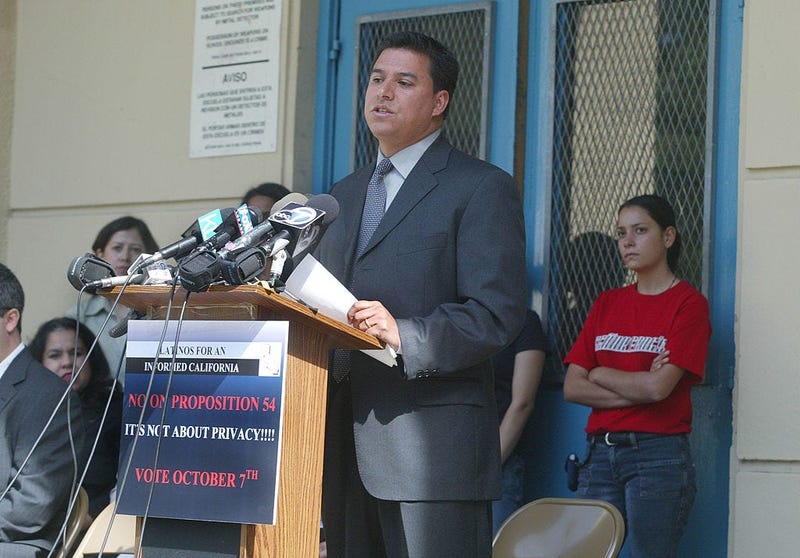 Huizar made his first court appearance earlier this month after being arrested by federal agents. He will be released on a $100,000 bond. The preliminary hearing is July 14 while arraignment will be on July 20.

In an emailed press release, Galperin announced his action in a memo to City Clerk Holly L. Wolcott:

"On Tuesday, June 23, 2020, the Los Angeles City Council approved a Motion (Martinez - Buscaino) to suspend José Huizar from office, pursuant to City Charter Section 211, stating in part, "[i>t is unacceptable for any Council member charged with public corruption to continue to be able to exercise the powers of his or her office."

It is also unacceptable and impermissible for an elected official now officially charged with public corruption — and suspended as a result — to continue drawing a paycheck and collect hard-earned taxpayer dollars. Accordingly, as Controller and Paymaster of the City of Los Angeles, and pursuant to Charter Section 218, I have hereby terminated salary payments to José Huizar effective Tuesday, June 23, 2020.

While I believe strongly in the principle that all persons are innocent until proven guilty in a court of law, the shocking information about Mr. Huizar’s misconduct is an unacceptable violation of the public trust. As such, he should not and will not continue to receive any salary payments from my office and from the Treasury of the people of Los Angeles."

The payroll section of the Controller’s Office is responsible for paying the salaries of all City employees and elected officials. Huizar’s bi-weekly gross salary as a City Councilmember was $8,192.85, which comes out to $213,833.40 for the year.

Earlier this month, his attorney released a statement:

Huizar had been under investigation by the FBI. A former aide agreed to a plea deal back in May for an alleged pay-to-play investigation.

Huizar is facing a single federal charge of conspiring to violate the Racketeer Influenced and Corrupt Organizations Act, or RICO, according to the U.S. Attorney's Office. He's accused of agreeing to accept at least $1.5 million in bribes from developers, and prosecutors say about $129,000 in cash was found stuffed in a closet at his home during a 2018 FBI search. The RICO charge carries a sentence of up to 20 years in federal prison.

City officials responded to the arrest on Tuesday.

The LA City Attorney said in a statement reported by KNX reporter Claudia Peschiutta "Huizar should resign immediately and stop collecting a salary from the city. "If true, the allegations against [Huizar> indicate absolutely outrageous misconduct - a pattern of corruption that should deeply offend every Angeleno."

.@CityAttorneyLA says (statement) Huizar should resign immediately and stop collecting a salary from the city. "If true, the allegations against [Huizar> indicate absolutely outrageous misconduct - a pattern of corruption that should deeply offend every Angeleno." @KNX1070

Los Angeles Mayor Garcetti told to KNX reporter Claudia Peschiutta “Councilmember Huizar has violated the trust of the people who elected him. I have zero tolerance for this criminal behavior and corruption. He should be immediately removed from the City Council.”

.@MayorOfLA: “Councilmember Huizar has violated the trust of the people who elected him. I have zero tolerance for this criminal behavior and corruption. He should be immediately removed from the City Council.” @KNX1070

Federal agents seized approximately $129,000 in cash during a search of the Boyle Heights home of L.A. City Councilman @josehuizar in November 2018. pic.twitter.com/nYxwybj5Tn

Just hours before his arrest, the councilmember posted a photo on his Instagram page of the patron saint of those unjustly imprisoned.

Hours before his arrest, LA City Councilman @josehuizar posted this photo of the patron saint of those unjustly imprisoned on IG. (H/T @AlpertReyes). It’s generating some comments. pic.twitter.com/MP6OKV38SG

Responding to a request by the council president, in mid-May Huizar said he would "limit my participation" in council activities amid a continuing federal corruption probe into alleged bribery of city officials by well-heeled developers.

An aide for Council President Nury Martinez confirmed to City News Service Friday that a letter was sent to Huizar asking him not to attend council meetings or take any legislative actions. The request came two days after federal prosecutors announced a plea agreement with a development consultant in connection with the federal probe, which involves a so-far- unnamed council member.

Huizar, whose offices and home were searched by the FBI 18 months ago, has not been charged with a crime. Although federal prosecutors have not named the council member alleged to be involved in the probe, details in court documents point to Huizar as a central figure in the investigation.

In a statement responding to Martinez's request, Huizar did not mention the federal investigation.

"I have proudly served on the Los Angeles City Council representing Council District 14 for the last 15 years," he said. "It has been my honor to work side-by-side with the constituents who elected me to represent them. During this critical time, I have been working with community groups and nonprofits throughout the district to provide PPE and food to those who would otherwise go without.  The establishment of critical rent relief programs and support for small businesses in Council District 14 are essential, and I intend to move forward with this work and carry out my duties to protect the safety and economic wellbeing of the residents of Los Angeles during this COVID 19 crisis.