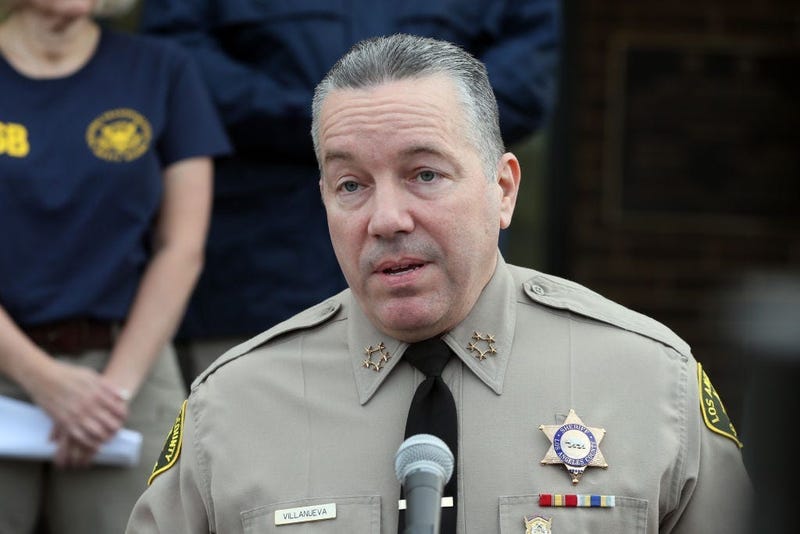 LA County Supervisors have approved the first year of funding for body-worn cameras for the Sheriff’s Department.

The board voted on the motion during its Tuesday meeting.

LA County Supervisors have approved the first year of funding for body worn cameras for the Sheriff’s Department. @KNX1070

The motion authorizes $25.5 million of the funding set aside to be given to the Sheriff's Department for the first year of the body-worn camera program.

According to a story from the Associated Press, deputies were reportedly buying their own cameras over the years. The AP story reported that "There will be random audits of the deputies’ footage, Villanueva said. The cameras will have a 1-minute buffer period in which they will record video — though not audio — before they are manually activated."

Beginning Oct. 1, the cameras are scheduled to be provided to 1,200 deputies in five stations: Lancaster, Century, Lakewood, Industry and West Hollywood.

Meanwhile, civil rights activists have called for a review of the body cameras worn by LA County Sheriff's deputies after a Black man was fatally shot by two deputies Monday.

An agreement was reached in early August where Los Angeles County Sheriff Alex Villanueva called it a big step forward for transparency for his department - an agreement's been reached for body-worn cameras to be deployed for deputies.

"Body-worn cameras are an important tool for transparency and I have been advocating to get them to our Sheriff’s deputies since Sheriff Jim McDonnell was in office," said Supervisor Janice Hahn in a press release. “The videos these cameras capture will give us a clearer understanding of what actually happens in the interactions between our deputies and members of the public.”

Over the past four years, the Board has set aside a total of $35 million to purchase body-worn cameras.