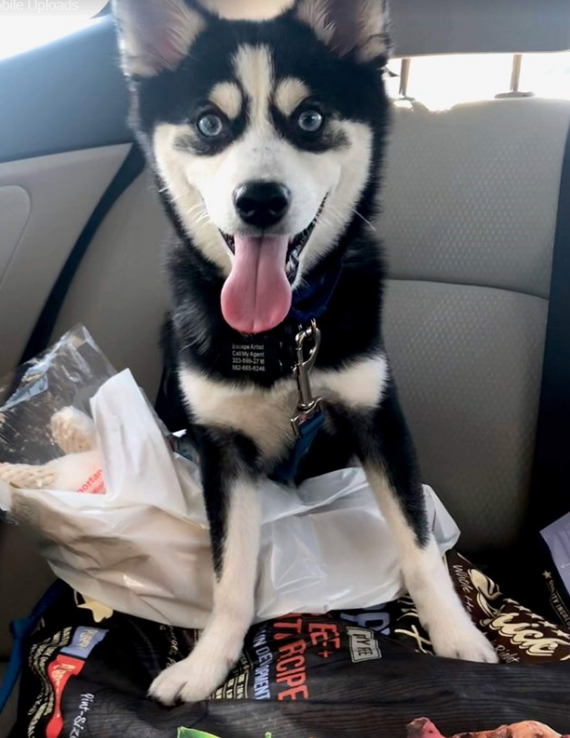 (KNX 1070) - A La Mirada family is desperately asking for help after their home was robbed and their 8-month-old miniature Siberian Husky was stolen.

One of the owners tells CBS-2 she's concerned about her dog's health.

"My biggest fear is when it's raining outside, we were wondering 'is he inside? Do they even bring him inside?'" co-owner Natasha Gandhi said to CBS-2. She and Isaac Marroquin ar co-owners of the dog.

She said she came home Friday after work and found her home was burglarized and the door to his kennel was open.

Hunter has been part of the family since he was two months old and was training to be a volunteer emotional support dog.

Hunter is black and white with ice blue eyes and weighs about 20 pounds. He has a tiny nickel sized fading white patch on his back, according to Natasha.