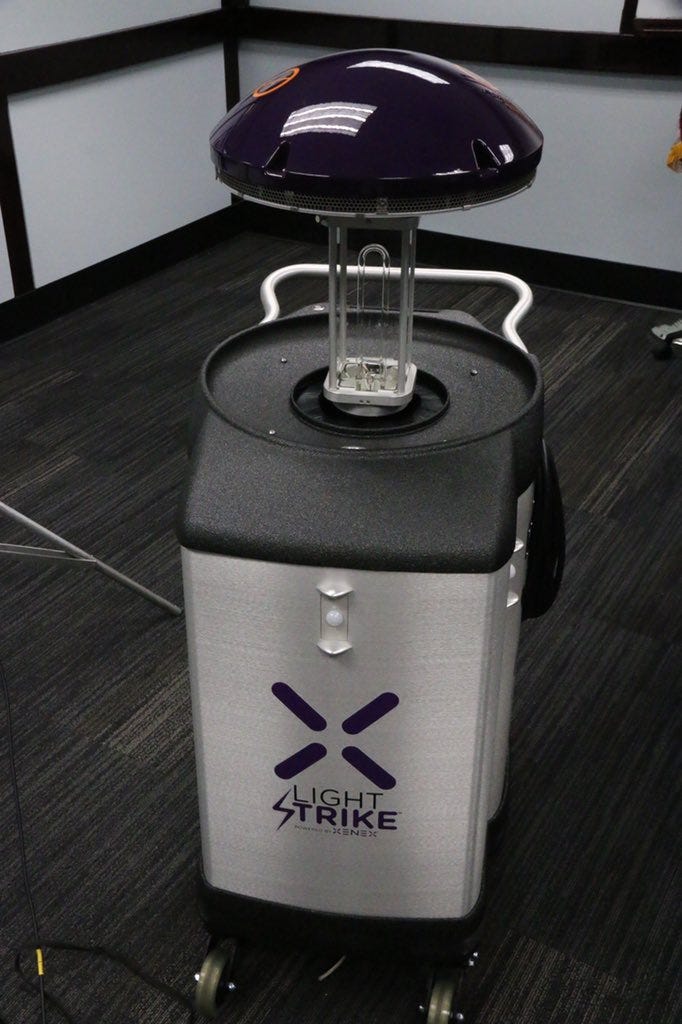 The Los Angeles Police Department goes high tech in its efforts to prevent officers from being infected with diseases and bacteria from the streets of Skid Row.

The machines act as robotic germ killers to be used at downtown L.A.'s Central Station.

One of the devices is a $110,000 robot named "LightStrike," which produces a UV C light to kill bacteria on surfaces in seconds.

LAPD Chief Michel Moore says the new gadgets are easy to use and should improve things dramatically.

"The placement here is going to allow us to move it around and about the facility and regularly and systematically clean and decontaminate high-touch surfaces," he said.

The department is also installing other devices, such as "HealthySole," in the station. Officers will step on the device for eight seconds to decontaminate their shoes.

The department is removing portions of the outside landscaping at Central Station to reduce pathways for rats to get inside.

Chief Moore says the goal is to try and keep officers healthy on the job and prevent them from taking diseases home to family members.

Robotic Germ Killers New device called Healthy Soles to be used on shoes of officers coming in to LAPD Central Station from Skid Row. You step on it to decontaminate shoes with UV-C rays @KNX1070 pic.twitter.com/Bng4mZKxHb