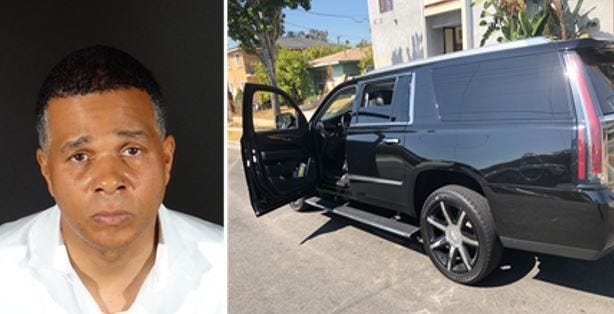 The Los Angeles Police Department released information Thursday about a possible third victim in a string of incidents of sexual assaults against women using rideshare services.

The first incident occurred in October 2018.  The victim had been drinking in a club in West Hollywood. She left the night club alone, and was intoxicated, according to police reports.

The suspect approached the victim and offered her a ride home at a fare lower than rideshare services. She agreed and subsequently lost consciousness on the way home due to a high level of intoxication. When she regained consciousness, she was in the back seat of the vehicle being sexually assaulted by the suspect.

During the investigations, both victims identified Dayvid Sherman.  In both incidents, Sherman was providing transportation services in a large Black SUV.

LAPD detectives arrested Dayvid Sherman on October 3, on charges of Rape of an intoxicated person, which is a felony and bail is set at $2 million.

The department has launched a PSA created to give riders tips on keeping themselves safe.
LAPD

Anyone with information about these cases or others is encouraged to visit LAPDOnline.org, click on “webtips” and follow the prompts.