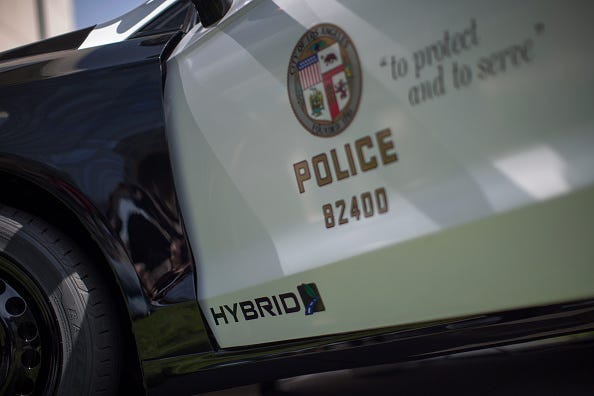 The union that represents the LAPD, the Los Angeles Police Protective League is taking a stand against Mayor Garcetti's efforts for them to handle large gatherings at parties and/or cut off utility services.

The union says officers need to focus on real crime and not policing parties.

“Mayor Garcetti has demonstrated to be a professional political contortionist,” Robert Harris, Board of Director for the Los Angeles Police Protective League told CBS Los Angeles.

“Mr. Mayor, you should send your civilian staff out there with a clipboard and let my officers get back to what they’re supposed to be doing, dealing with the rise of shootings and killings in the city right now,” Harris added.

After reports of two large parties last week, one that resulted in a fatal shooting death of a woman, Garcetti authorized power and water shutoffs as a punitive measure at houses or businesses hosting large gatherings.

Last week, officers were called to a mansion in the Hollywood Hills, above Beverly Hills after reports of disturbing the peace. By Tuesday morning, there was a shooting at the gathering, leaving two people wounded and one dead. The shooting is now being investigated as a homicide.

Just as Garcetti authorizes the city to shut off LADWP service in egregious cases in which houses, businesses, and venues host unpermitted, large gatherings amid the COVID-19 pandemic, a family in the Holmby Hills neighborhood threw a huge, lavish wedding sans masks or social distancing.

Local Los Angeles city leaders and the LAPD are additionally locked in debate over the nationwide movement to  “Defund the Police."

“I think it’s counter to what he’s already said about his expectations for the police dealing with non-emergency calls. This is not a police matter, this would be a matter for his civilian staff or someone else with a clipboard to respond out to,” Harris said. “When things don’t go well, he turns around and calls us killers, while at the same time telling us that he wants to expand our community-based policing in some neighborhoods, and this isn’t leadership. I think it’s a lack of leadership.”