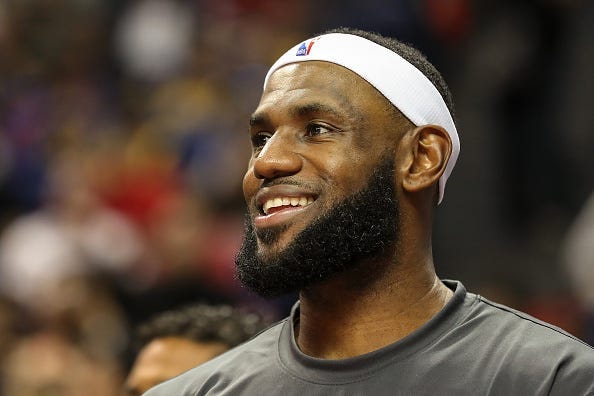 LeBron James, along with a few of his pro-athlete colleagues are founding a non-profit organization to protect voting rights for Black Americans

Just five months ahead of the presidential elections, James told the New York Times he was forming the organization, titled More Than a Vote, “Because of everything that’s going on, people are finally starting to listen to us — we feel like we’re finally getting a foot in the door.” Adding, “How long is up to us. We don’t know. But we feel like we’re getting some ears and some attention, and this is the time for us to finally make a difference.”

Working with Trae Young, Skylar Diggins-Smith and Jalen Rose, James' More Than a Vote organization is focused on registering African Americans for November's election, and using his social media profile to fight against voter suppression.

Although James, 35, has yet to delve directly into politics, he told the Post he is “inspired by the likes of Muhammad Ali, I’m inspired by the Bill Russells and the Kareem Abdul-Jabbars, the Oscar Robertsons — those guys who stood when the times were even way worse than they are today." Adding that, “Hopefully, someday down the line, people will recognize me not only for the way I approached the game of basketball, but the way I approached life as an African-American man.”