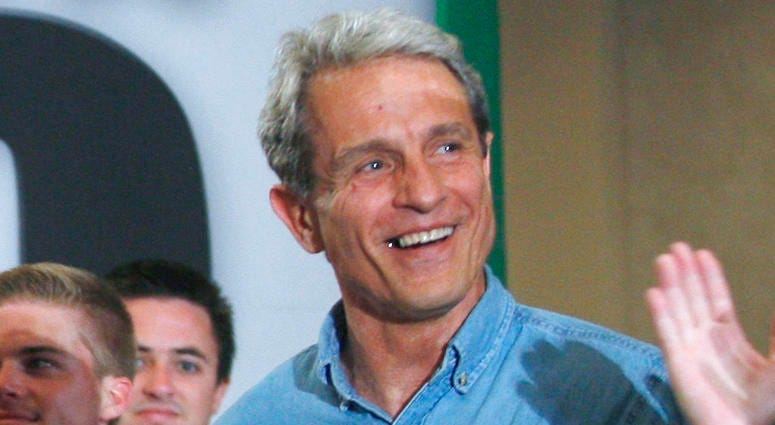 Democratic donor Ed Buck has been charged with four additional felonies by a federal grand jury Tuesday, which returned a superseding indictment, according to the U.S. Attorney's office.

Those felonies include that he allegedly enticed victims – including a man who died at his West Hollywood apartment after he administered drugs to him – to travel interstate to engage in prostitution.

The press release states "The four additional counts charged today – bringing the total number of charges in this case to nine counts – including one count alleging that Buck knowingly enticed 26-year-old Gemmel Moore to travel to the Los Angeles area to engage in prostitution. Buck allegedly provided methamphetamine to Moore, who overdosed on the drug and died on July 27, 2017."

The press release goes on to say:

"The superseding indictment also charges Buck with one count of knowingly and intentionally distributing methamphetamine, and one count of using his residence for the purpose of distributing narcotics such as methamphetamine, and the sedatives gamma hydroxybutyric acid (GHB) and clonazepam. Last year, a federal grand jury returned a five-count indictment charging that Buck “engaged in a pattern of soliciting men to consume drugs that Buck provided and perform sexual acts at Buck’s apartment,” which is a practice described as “party and play.” Buck allegedly solicited victims on social media platforms, including a gay dating website, and used a recruiter to scout and proposition men."

Buck was arrested in September of last year.  Buck was charged by the LA County District Attorney with running a drug den. He also is charged with another count of enticing another man to travel with the intent of engaging in prostitution.

He was indicted in the overdose deaths of two people at his home by a federal grand jury in October.

In the same month, he pleaded not guilty to federal charges stemming from the overdose deaths of two men inside his West Hollywood apartment, according to a CNS story.

"The indictment alleges that Buck provided methamphetamine to Gemmel Moore, who overdosed on the drug and died on July 27, 2017, and Timothy Dean, who also suffered a fatal overdose in Buck's apartment, on Jan. 7. Buck also faces three counts of distributing methamphetamine to men in May 2018, December 2018 and last month [September>, according to an October CNS story.

Buck is scheduled to go to trial in January. His arraignment on the first superseding indictment is expected in the coming weeks.

Federal grand jury charges Ed Buck with four additional felonies, including that he enticed victims to travel interstate to engage in prostitution https://t.co/c7PHzGC3s5