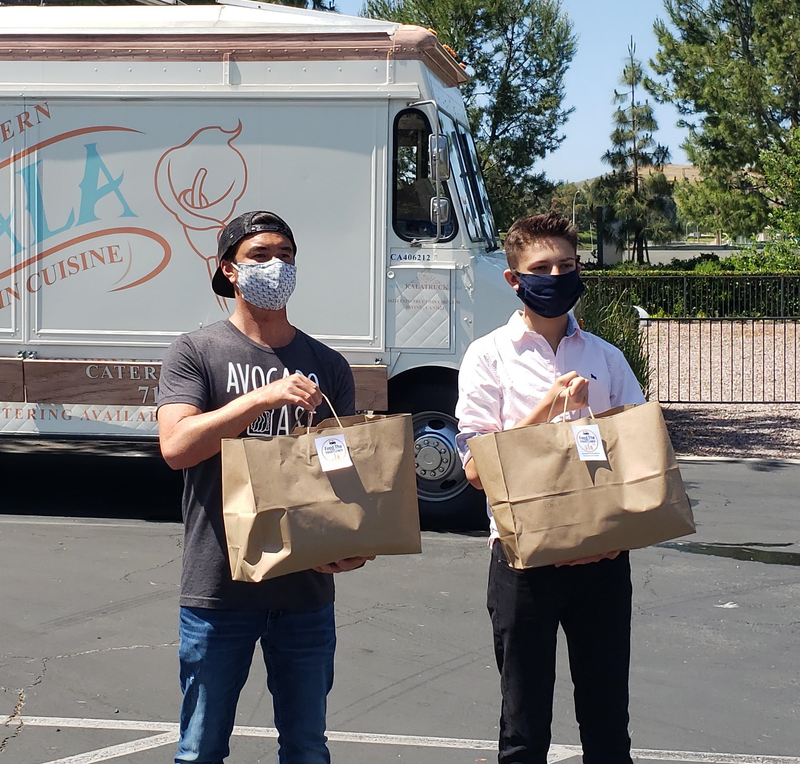 A few months ago, a young man from Orange County decided to give back and say thank you to nurses and doctors working the frontlines.

He's our KNX Hero of the Week, and his fundraising efforts have produced dozens of smiles at two major hospitals.

"I saw how hard my mom, who's a doctor, was working to fight COVID19 and keep people safe," says 15-year-old Nikiel Douglas. "So, I just thought to myself 'what can I do to help'? And, that's where the idea to start a GoFundMe came from."

Former KNX Hero of the Week Steve Carlson is the CEO of Feed the Frontlines OC. He was with Nikiel during the delivery.

"Nikiel's donation was critical, because it allowed us to provide meals to two different hospitals. We were able to feed a lot of different units." Steve says Nikiel's compassion was felt by everyone. "It's awesome to see young kids wanting to step-up during the pandemic, and do something for their community."

KNX Heroes is brought to you by California Resources Corporation, saluting our military veterans, and all of our heroes!

If you would like to nominate a KNX Hero, send an email to heroes@KNX1070.com

You can also fill out a nomination form at  https://knx1070.radio.com/nominate

For more information or to donate to Feed The Frontlines OC, click https://www.feedthefrontlinesoc.com/