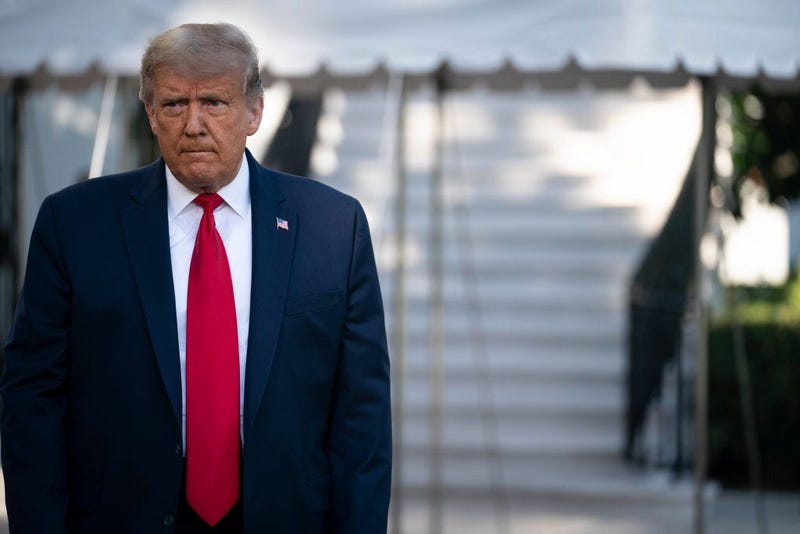 According to the LASD Transit Services Bureau "This week #potus45 @realdonaldtrump called both of our deputies to check on their spirits, wish them a speedy recovery and remind them that the #american people are behind them and that the coward that harmed them will be brought to #justice!!"

"Here, you can see @lasdtransit Sergeant Frederickson with our #heroine and her husband when the President called her in the ICU. Due to her injuries, Sergeant Frederickson relayed her written responses to #presidenttrump. Both of the deputies and their families were very appreciative of the call!" the Facebook post from Saturday read.

Meanwhile, the reward offered for the suspect has grown to nearly $700,000.

One deputy was shot in the jaw, the other in the head. The shooter approached the SUV shot at the deputies and ran off. The deputies were described as a 31-year-old mother of a 6-year-old boy, and a 24-year-old man, according to officials. The sheriff said he swore-in both deputies himself 14 months ago.

A viral video was taken immediately after a gunman walked up to the two deputies sitting in their car and opened fire through a window last Saturday night - hitting both deputies multiple times. It shows bystanders laughing, but not assisting or calling police in the minutes following the attack.

The deputies managed to get out of the car, severely injured, with one helping the other.

A GoFundMe page set up for the two deputies with donations for the page's new goal of $750,000.

A week ago today, a callous and heartless criminal attempted to murder two of the heroes that work hard everyday to keep...