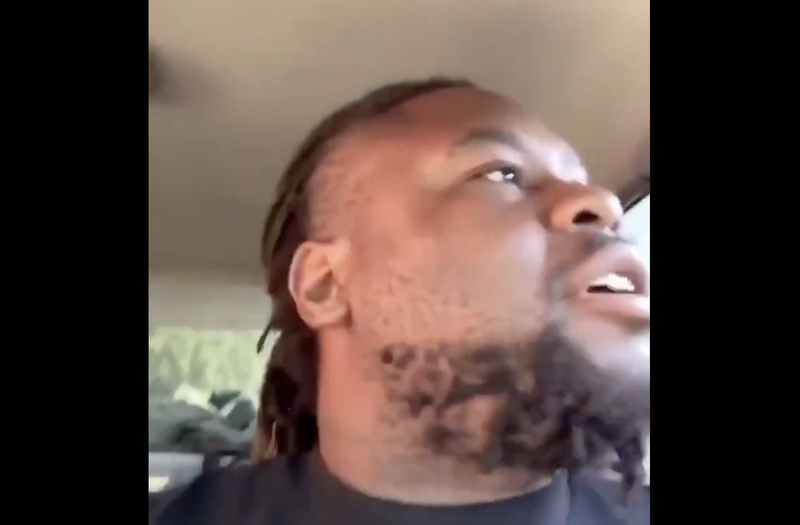 What began as an average traffic stopped escalated with lightning speed Monday, as a Redlands man was pulled out of his car by police.

“If you don’t get out of the car, I’m gonna pull you out,” an officer can be heard saying in the Redlands police cell phone video.

Stanley Clairborne was initially stopped for a broken taillight and tinted windows, but as the video shows, as soon as he stopped his car, he was confronted by officers and violently dragged out of his car.

“Every time I get pulled over, I’m nervous they might try to get me,” he told CBS Los Angeles. “I feel like there’s got to be a reason to get out of the car,” Claiborne added. “If you ask me for my ID and don’t run it, and then you start, that’s what scared me.”

Clairborne says it was obvious to him that the officers were threatened by him and that's why they used force. “I’m big,” he said. “I’m a big Black guy.”

Clairborne was stopped in front of his house, so in order to make sure he was safe, he called his wife and neighbors to come outside and be a witness for him.

He was told by officers that it was a standard safety procedure for citizens to get out of their cars during a traffic stop.

“They didn’t just ask him to get out of the car,” one neighbor, says “They were hands-on dragging him out of the car for no reason.”

Although Clairborne was eventually cited for the broken taillight, tinted windows, and failing to change his driver’s license address, additionally, he is also facing a charge of resisting arrest.

The Redlands Police Department has so far declined to comment specifically on the traffic stop but said they were aware of the video and were looking into it.