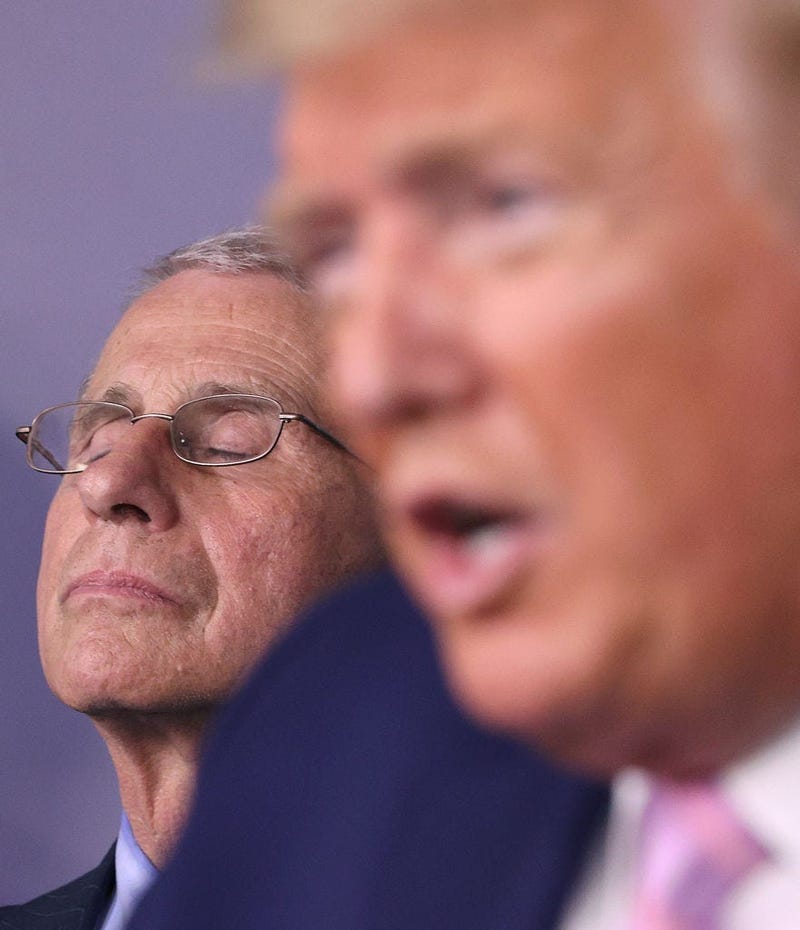 An unpublished document prepared for the White House Coronavirus Task Force, and obtained by the Center for Public Integrity, is recommending that 18 states in the COVID-19 "red zone," rollback reopenings in light of the surge of coronavirus cases.

Dated July 14, the 359-page report encourages residents to "wear a mask at all times outside the home and maintain physical distance," recommends that public officials "close bars and gyms" and "limit social gatherings to 10 people or fewer," all equaling to major rollbacks in these states.

The "red zone," as defined in the report are "those core-based statistical areas (CBSAs) and counties that during the last week reported both new cases above 100 per 100,000 population, and a diagnostic test positivity result above 10%."

The report comes amid pressure by President Donald Trump that states reopen and the nation's children return to school in the fall -- all while COVID-19 cases continue to increase.

According to reporting by CNN, a spokesman for Vice President Mike Pence and the task force "didn't dispute the document's authenticity and alleged that the report showed "encouraging signs" amid the pandemic.

"When the vice president held a White House Coronavirus Task Force press briefing at HHS a few weeks ago, he reported that 16 states met the criteria for rising cases and rising positivity rate. As it stands in that report, there are only 10 states that fit that criteria. This is just one data point of many encouraging signs that we are seeing across the country as we continue to respond to the coronavirus pandemic," O'Malley said in a statement provided to CNN.

Trump had some choice words a day after Los Angeles Unified School District indicated the new school year would start online and not reopen its campuses amid the ongoing COVID-19 pandemic.

On Monday, both LAUSD and San Diego Unified School District announced they would not be returning students to campuses, which would remain closed when school starts in the new academic year. Instead, it would be online. LAUSD starts its new year Aug. 18.

Last week, Trump threatened to withhold federal funding if schools don’t reopen in the fall, and he lashed out at federal health officials over school reopening guidelines that he says are impractical and expensive.

Taking to Twitter to voice his frustration, Trump argued that countries including Germany, Denmark and Norway have reopened schools “with no problems.” He also repeated his claim that Democrats want to keep schools closed for political reasons and not because of any risks associated with the coronavirus.