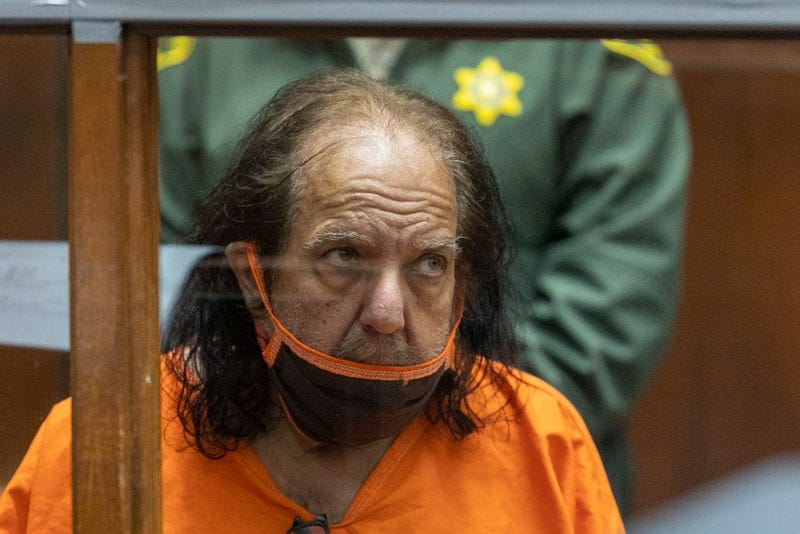 Former adult film star Ronald Jeremy Hyatt, aka, Ron Jeremy, has been charged with an additional 20 sexual assault counts involving over a dozen women dating back to 2004.

The Los Angeles County District Attorney's Office filed the complaint, and initially, Jeremy pleaded not guilty to three alleged rapes --  forcible rape and forcible penetration by a foreign object and one count each of forcible oral copulation and sexual battery.

Jeremy's expected to be arraigned on the new counts today, as well as five counts of forcible rape and lewd conduct with a girl aged 15.

In May 2014, Jeremy was accused of forcibly raping a 25-year-old woman at a home in West Hollywood, according to a press release released from the LA DA.

Jeremy, 67,  allegedly sexually assaulted two women, ages 33 and 46, on separate occasions at a West Hollywood bar in 2017. He also is accused of forcibly raping a 30-year-old woman at the same bar in July 2019.

He has been jailed in lieu of $6.6 million in bail, despite a defense request to lower the amount.

If convicted as charged, Hyatt faces a possible maximum sentence of more than 250 years to life in state prison.