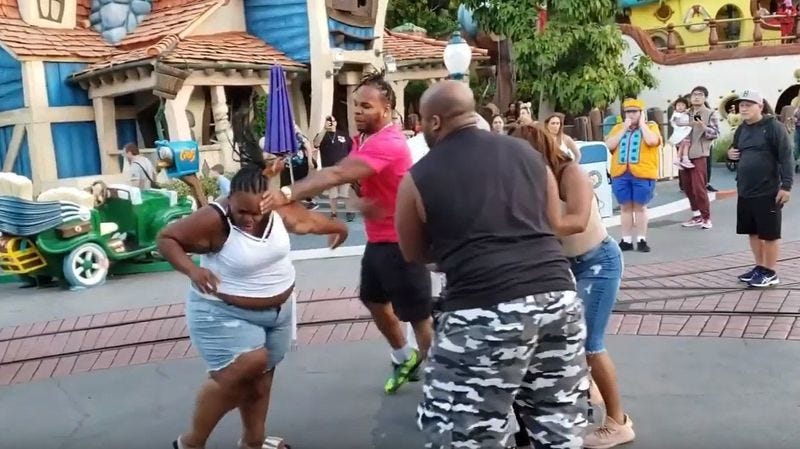 A violent brawl broke out in the happiest place on earth Saturday, leaving children screaming in terror, and Disneyland-goers wondering why it took park security so long to arrive.

The fight started in front of Goofy's Playhouse, with a man and woman and then progressed to include a physical altercation among family members. According to reports, it took security a full three minutes before arriving.

Anaheim police eventually came to the scene in Mickey's Toontown, to stop the fight.

At the time of the incident, family members refused to cooperate with police, but since then, video of the melee surfaced on social media.

“Any type of violence is inexcusable and will not be tolerated. Those involved were immediately removed from the premises and turned over to the Anaheim Police Department.” a Disneyland Resort spokesperson said in a statement.