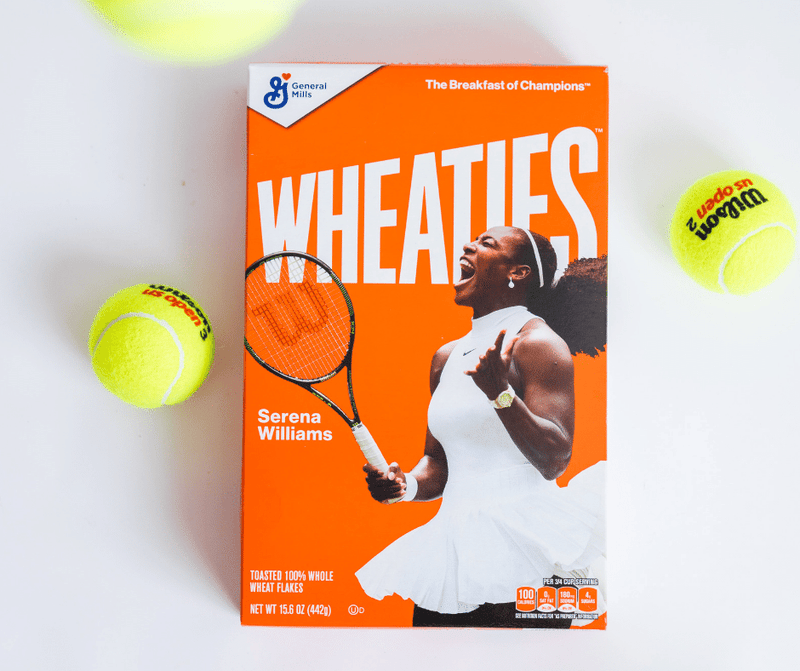 Thanks to Wheaties you can now share breakfast with Serena Williams every morning. The champion tennis player graces the cover of the latest cereal boxes.

“We mocked up a few boxes with images for Serena and her team to select from, and it was a unanimous choice to go with that shot – and that white dress – was it!” says Taylor Gessell, manager in Brand Experience at General Mills, and part of the team who selected Williams for the honor. “It truly signifies a championship moment.”

Named the women’s player of the year seven times, Williams has earned 23 major singles titles and 14 major doubles titles, and was ranked the world No. 1 in women’s singles eight times between 2002 and 2017.

“I am so excited to be on the cover of the next Wheaties box,” Williams said. “I have dreamt of this since I was a young woman and it’s an honor to join the ranks of some of America’s most decorated athletes. I hope my image on this iconic orange box will inspire the next generation of girls and athletes to dream big.”