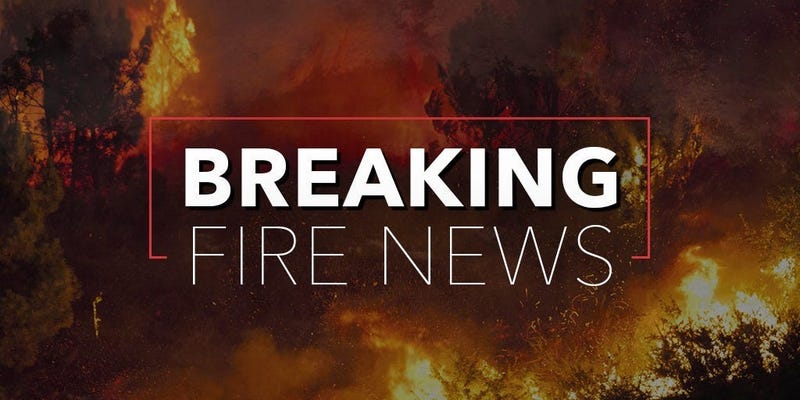 The blaze was initially reported at about 4:30 p.m. Thursday near Skyline Drive and Foothill Parkway, southwest of Corona, the Riverside County Fire Department said.

Fire officials said Friday that the fire was 50% contained.

The Skyline Trail was closed to the public out of an abundance of caution, city officials said on Twitter.

Within hours the 'Ranch 2 Fire' has gone from burning hundreds of acres to blazing across thousands of acres. The fire is located at San Gabriel Canyon Rd and North Ranch Rd.

The Lake Fire is burning near North Lake Hughes Road is still burning, but rain is helping, but three structures have been destroyed and evacuations are still in place.

The fire is 12% percent contained as of Friday morning and it has burned about 10,5000 acres so far.

More than 5,000 structures are threatened, according to LA County Department of Fire.